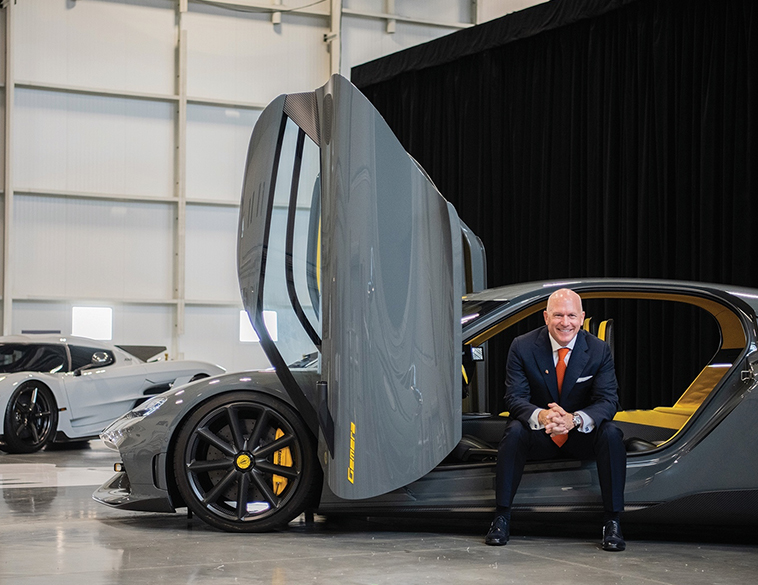 The Alberta operations of Weissach Group (Automobili Pininfarina, Bugatti, Lamborghini, Lotus, Koenigsegg and RIMAC) and two brands from the Dilawri Group of Companies (Aston Martin and Bentley) will be merged into a new operation.

Rolls-Royce was part of a previous purchase.

Grand Touring Automobiles Calgary, as it will be known, will represent all brands across Canada’s prairies and is effective immediately.

In addition to the above, Grand Touring Automobiles has also acquired the responsibility to represent Bugatti and Koenigsegg for Canada.

In 2020, Grand Touring Automobiles was the number one dealer for Bugatti sales in North America and is honoured to now represent the brand nationally.

The addition of Koenigsegg comes at an exciting time as the Swedish high-performance sportscar company has earned critical acclaim.

More details about this new addition to the Grand Touring Automobiles brand will follow later this week.

While Aston Martin and Bentley, along with the group’s pre-owned operations, will be presented at the existing store on Glendeer Circle in the Calgary Auto Mall.

“Having a portfolio of super-luxury brands in Calgary is the perfect fit in more ways than one,” says Grand Touring Automobiles Dealer Principal and CEO, Paul Cummings.

“Our experience serving the super luxury and sporting car markets, and our strong relationships with storied brands like Lamborghini, Bentley, Aston Martin and Rolls-Royce make this combination both a natural and logical extension of what we do.

“But it’s the extraordinary dedication to customer service, and the enduring respect these organizations have for their customers that aligns perfectly with the principles that have been the foundation of our success.

“Between the products and the people, it’s hard to imagine a better fit,” said Cummings.

“We have great faith in the Calgary market and its ability to adapt to the changing dynamics,” Cummings added.

“The dealerships joining our family can count on the support and resources that have been the foundation of our business over the past decade.”