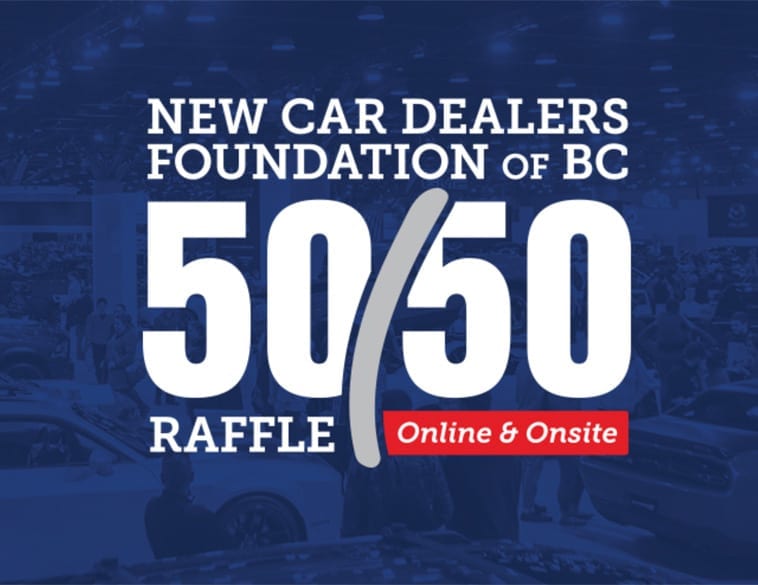 Tickets are available online and at the Auto Show. (Photo: NCDA)

New Car Dealers Foundation of BC raffle will raise funds for charity.

For the first time in the history of the New Car Dealers Foundation, a new 50/50 raffle will launch and be featured at the 100th anniversary of the Vancouver International Auto Show (March 25-29).

Proceeds from the raffle will go towards supporting charities and educational initiatives, including the Special Olympics BC, as well as scholarships and grants for post-secondary students looking to pursue a career with BC’s New Car Dealers.

Tickets, available as of March 1, can be purchased at www.newcardealersfoundation.ca.