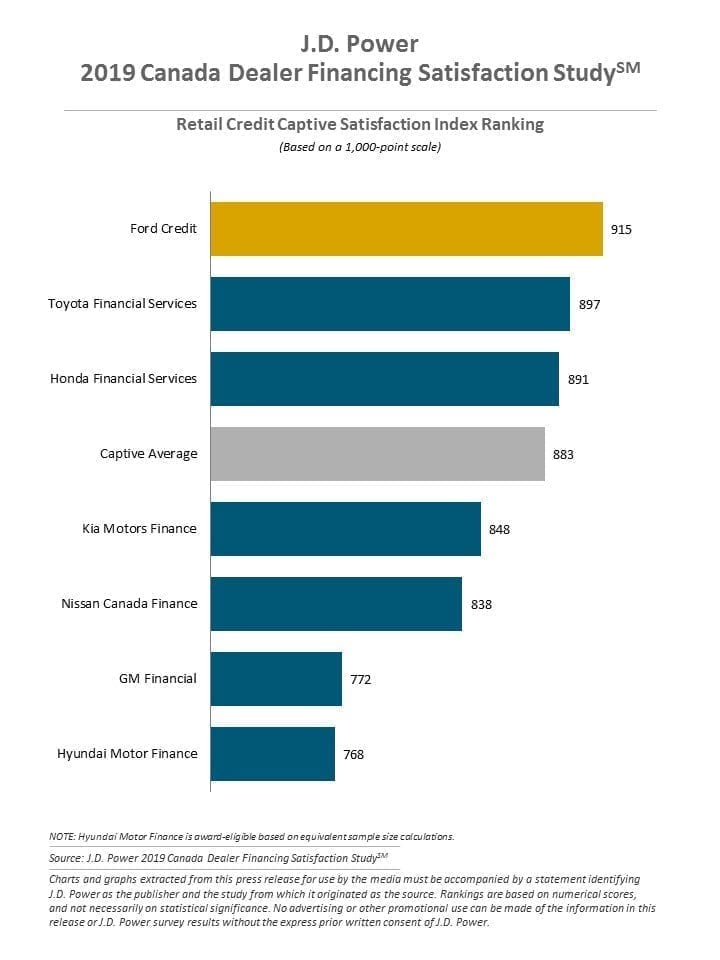 According to a J.D. Power study, the dealer-lender relationships will play a critical role as vehicle sales in Canada keep sliding.

As auto sales continue to decline in Canada, dealers are looking for lenders to foster a dealer-lender relationship that will focus on ease of doing business, according to the J.D. Power 2019 Canada Dealer Financing Satisfaction Study that was recently released. Dealers state that two reasons they are sending business to a lender are because they are easy to work with and to build relationships with people.

“The constricting market presents both risk and opportunity for lenders,” said Patrick Roosenberg, Director of Automotive Finance at J.D. Power. “As dealers face headwinds, the pressure on lenders mounts not only to be price competitive but also to provide a high level of service. Every dealer-lender communication touch point, from the credit analysts to the sales representative, must be a value-add. Lenders who are engaged with their dealer partners are poised to protect market share and even grow it over the long-term.”

From the non-captive lender segment, TD Auto Finance ranks the highest for the second consecutive year, with a score of 906. Bank of Montreal ranks second highest at 890 and Scotiabank grabs third place with 888. Overall satisfaction has risen 16 points from 2018 to 883.

The 2019 Canada Dealer Financing Satisfaction Study conveys evaluations from 5,572 finance providers across the two segments from new-vehicle dealerships in Canada. This study was fielded in February 2019.