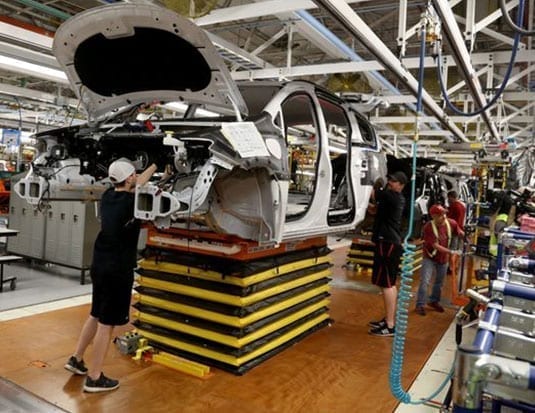 Unifor is now preparing for emergency meetings with FCA officials to discuss the future of the Windsor Assembly Plant, as employees are at risk of losing their jobs.

“I’m deeply concerned about the 1,500 workers and additional workers in the parts supply chain that will be impacted by FCA’s intention to cut the third shift in Windsor,” said Unifor National President Jerry Dias.

FCA announced its intention to eliminate the shift in six months, effective September 30, 2019, citing declining minivan sales as the reason. This decision came just days after the company decided to shut down the plant for two weeks in April.

“Fiat Chrysler is a key employer in the Windsor region,” said Dave Cassidy, President of Unifor Local 444. “We build a quality product, and we’re going to keep the pressure on the company to maintain production here.”

Dias has already discussed this issue with Premier Doug For, representatives from the Prime Minister’s office, and the Minister of Innovation, science and Economic Development, Navdeep Bains.

“I’m encouraged that there appears to be a commitment from the Provincial and Federal government as well as local NDP MPs to work with us to find solutions to prevent job loss for thousands of people in the region,” said Dias. “It is clear that government action can influence corporate policy. We need a united strategy to fight together for Canadian jobs.”

While FCA has stated that retirement packages will be offered to eligible employees and that the company will assist them with finding open full-time positions as they become available based on seniority, Unifor still hopes to convince FCA officials to keep the plant functioning at full capacity.

Unifor also hopes to address a potential derating at the Brampton Assembly Plant that could also result in the loss of hundreds of jobs this summer.