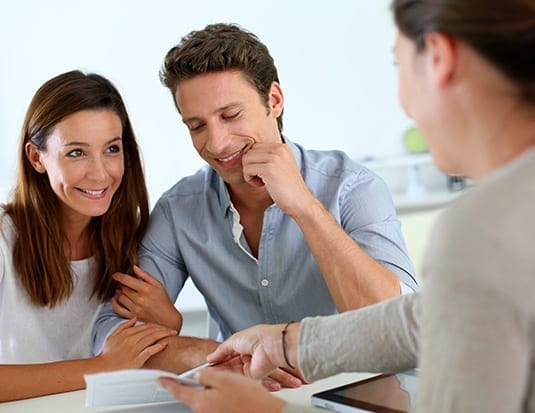 Help your clients “see” the advantages of the products you’re selling in the business office.

It used to be that you could pop open the hood of a car and see your feet. That’s no longer the case, notes Becky Chernek, President of Chernek Consulting LLC.

And that’s just one of the reasons why visuals are crucial to selling F&I, she says. “Today’s cars have tremendous amounts of technology and computers. They’re more reliable, yes, but when they do have to go into the shop, it’s going to cost more.”

To get that idea across, Chernek employs simple visuals. “It’s more of an educational type experience,” she explains. “The visual helps to bring home the point and make sure that they understand it.”

When a customer tells Chernek that his or her vehicle is dependable, she agrees, pulls out a piece of paper, and writes ‘dependable.’ Then she tells them cars are a lot more complex, and writes down ‘complex.’ That means it’s going to require more labour to service them. And she writes down ‘labour.’ Finally, there’s waste—regulations require that dealers follow strict standards. So Chernek writes down ‘waste’ and explains that dealers don’t have any choice but to pass along all those costs to the consumer.

“Then I make a big circle right around everything, and talk about service contracts,” says Chernek. “I explain that this is why many customers take advantage of a service contract. It’s better to have it and not need it. And they get it.”

It’s more powerful to write this out since it sticks. “Visuals will always make for a greater impact in helping the customer understand the value of a product,” says Chernek. “You’re teaching them, they’re much more informed, and the likelihood is that they’ll buy. You have a higher percentage of products close because of the visuals.”

In fact, Chernek says F&I people who use visuals often have a higher PVR. “Customers tend to zone out what you’re trying to say,” she explains. “It doesn’t matter what your body language is, and they may say that they get it, but half the time, they have no idea.”

It’s natural that customers can retain only so much through verbal communication. Chernek claims that adding visual to a conversation can make as much as a 73 percent difference in retention. “You’re asking someone to appreciate a concept inside your head,” she says. “When you have visuals like Powerpoint presentations, illustrations, and digital menus, it becomes much more powerful and engaging.”

In F&I, many ideas are intangible. “It’s difficult to follow someone with an idea,” says Chernek. “It makes more sense to bring an idea to the forefront, make it more concrete so that the visual can follow your thoughts.”

People have to figure things out, or they’ll back away. “You don’t want to make them work too hard for it,” she adds. “When you’re writing it out, seeing is believing. If I can reduce the time for a customer to understand what the product does, they can see the value of a product, and they’re more likely to buy it.”

For Jeff P. White, F&I Training and Development Manager, Maximum Dealer Solutions Inc., using visual props to explain products can help spark the interest of a customer going through a long sales process. “They may be at the end of their rope, and not mentally or emotionally prepared to go through the finance process,” he explains.

It also helps humanize the conversation. “For example, when I’m selling a protection package, I have to explain how environment aging can affect a vehicle and its resale value,” says White. “I explain by drawing the paint on a piece of paper or using a brochure that has pictures. Then I show them how the paint is affected, and what it would cost to protect it.

“The reason you do that is to show the value of that paint job. Your props all work together; it’s a part of the conversation.”

White also likes to get away from electronics occasionally. “Leaning a little closer on the desk, using your body language, drawing something and pointing at it,” he says. “If you don’t have that engagement, you’re not going to have that trust.

“We have to dribble truth to people in its entirety, at a pace slow enough that they can absorb it, and make a decision to protect themselves,” says White. “Everything is about supporting documents; it’s about writing things down in a permanent manner so you can hand it to someone as opposed to showing them a screen that’s not tangible. I’m willing to write it down, draw it out, write some words for them to keep.

“It’s a record of our conversation. That has credibility.”

White has also created a desk map that shows customers what their entire warranty coverage is and the difference between the powertrain and comprehensive. “That stays on the desk at all times, and engages the customer,” he says.

“I use props for every single product. You don’t have to be an artist, you just have to bring out an idea, and the way you use the prop keeps the customer engaged with your words.”