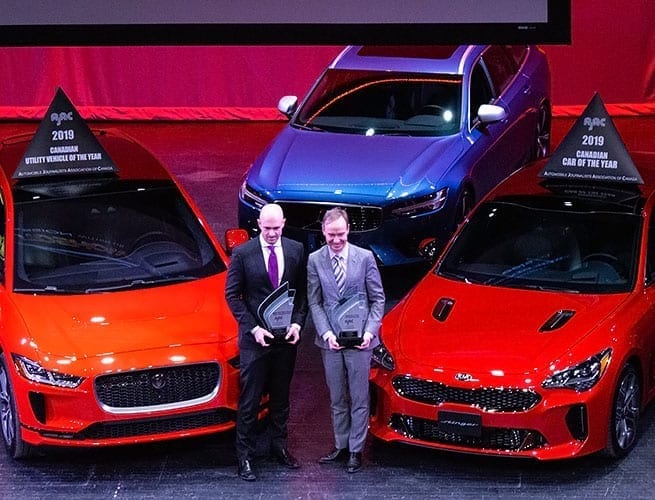 The CIAS media day kicked off with the opening presenter Craig Jackson, CEO and Chairman, Barret-Jackson Auction Company, who discussed his passion for collector cars, and a tribute to the late Sergio Marchionne, CEO of Fiat Chrysler Automobiles.

Following the opening presentations, the Automobile Journalists Associations of Canada (AJAC) awarded the Canadian Car of the Year trophy to the Kia Stinger, while the all-electric Jaguar I-PACE won the Canadian Utility Car of the Year, making it the first Jaguar to ever win.

Afterward, more than 850 members of the media attended the media tour and saw 25 new vehicles unveiled with an additional seven other vehicles making a Canadian debut for the first time.

The highlight of CIAS revolves around manufacturers introducing their own contribution to the fast-growing EV movement, driving forward a sustainable future within the automobile industry by showcasing their electric or hybrid vehicles and concept cars. Currently, more than 40 electric and plug-in hybrid vehicles (PHEV) are on display at the AutoShow.

Take a look at the pictorial below to learn more about the new vehicles that were unveiled during the media tour.