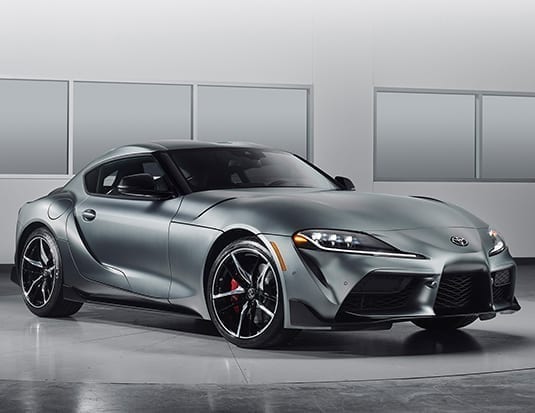 The Detroit Auto Show, which runs from January 14th to the 27th at the Cobo Center, is currently in full swing.

As always, several major launches were scheduled for the event, including the long-awaited world premiere of the 2020 Toyota Supra. The sports car, which delivers 335 hp from its turbocharged inline six-cylinder engine, made a splashy comeback after a 21-year absence from the North-American market. It is scheduled to hit U.S. Toyota dealer showrooms by midsummer.

Toyota rival Nissan introduced its IMs concept, an all-electric all-wheel drive sports sedan. The IMs drivetrain is comprised of one forward and one aft electric motor, powered by a rapid recharge 115 kWh battery group generating 360 kW (483 hp) of power and 590 lb-ft of torque. Autonomy is a projected to be 610 km between charges.

The first-ever all-electric Infiniti concept vehicle, the QX Inspiration, was also launched at the Detroit Show, as well as the highly anticipated 700-hp 2020 Ford Mustang Shelby GT. Subaru introduced the 2020 STI S, which will be available outside of Japan for the first time in 2019.

Other highlights from the 2019 edition of the show include the presence of 65 mobility startups from 10 countries showcasing their latest technologies to the automotive industry in the 150,000 sq ft AutoMobili-D technology-focused Detroit Auto Show expo. Participation in this tech expo is up 20% over last year’s attendance figures.