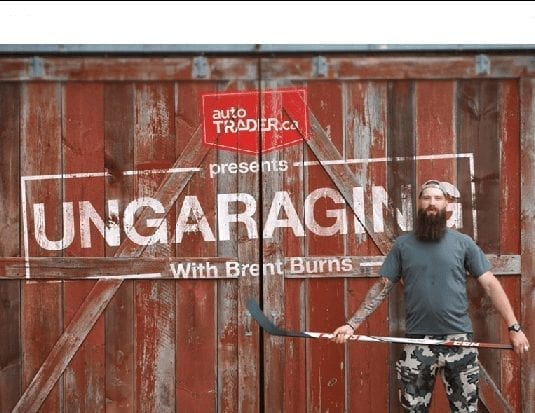 AutoTRADER.ca has announced the launch of Ungaraging—an original content series that looks inside the garages of professional athletes.

The series kicks off with Canadian all-star hockey players, Brent Burns and Brad Marchand and examines the impact the garage has had on their lives, from the cars they drove to their games, to the setting for many a practice session.

Brent Burns, who is featured in the first episode of Ungaraging, grew up in Barrie, Ont., and his garage was an unfinished space where he practiced shooting pucks and playing hockey with his father.

Years later, Burns is making new memories with his own kids in his own ‘garage,’ which, far removed from that he practiced in as a child, is located on a huge 400-acre Texas ranch. From a work truck, to his infamous RV, the vehicles in Burns’ garage are filled with memories ranging from family date nights to cross-country road trips.

“With Ungaraging we wanted to create something original that not only offers a glimpse into the vehicles players drive, but also offers a behind the scenes look at the lives and memories that come along with growing up in and around their garage—something quintessentially Canadian,” said Kevin Cheng, Director of SEO and Content at autoTRADER.ca. “While cars and unique vehicles play a strong role in our series, these stories speak even more broadly to what it means to be growing up chasing a dream—something we can all relate to.”