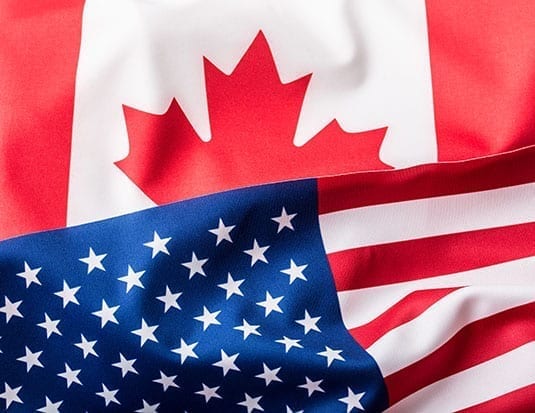 By now, many of you have likely had at least a few sleepless nights pondering the possible grief U.S. vehicle tariffs could create for the Canadian auto industry. I certainly have in recent weeks. I’m writing this article, just days after Canada Day 2018 and our government’s imposition of reciprocal tariffs on steel, aluminum and a menu of other products, so nothing has happened yet with respect to vehicle tariffs.

I’m hoping (perhaps praying) that nothing will happen, other than a new NAFTA deal fair to all parties. The impact of new tariffs would be devastating. I recently read that John White, President of the CADA, described the potential damage, before the House of Commons Standing Committee on International Trade, as “tsunami-like” and that is the most concise explanation I have seen yet.

Much has been covered about possible impacts of these terrible tariffs on new cars, but I would like to steer the narrative towards the impact on our used car market and values.

Currently there are a large number of used cars exported to the U.S. from Canada each year. Since 2015, it has been reported by many to be in the 200,000 to 350,000 unit range. This has primarily been driven by a weaker Canadian dollar and a historical shortage of used cars in the U.S.

When the Canadian dollar passed below $0.80 in 2015 it triggered the opportunity to profit by exporting cars south. Given the current exchange rate, and even with falling U.S. used car prices, this model is still a profitable practice. This exodus of cars and trucks of all stripes has helped keep Canadian used car prices at record high levels.

The Canadian Black Book Used Vehicle Retention Index, which tracks the value of two- to six-year-old vehicles, continues to set month over month all-time records. This strong value storyline is partially due to this export activity and our generally healthy economy, both of which create strong demand and raise prices.

Stronger used car values have rocket-propelled new car sales numbers, as retailers and OEMs pull delighted customers out of leases and loans early and put them into new vehicles. A 25 percent tariff would derail all this export activity and have a massive impact on the Canadian used car landscape.

The specific impact a tariff will have has a great deal to do with the actual terms and conditions written into the policy. It’s difficult to anticipate exactly what that fine print would look like. I’ve assumed that any tax imposed by our southern friends on new cars would also be applied to used cars. This would avoid games being played with shipping a new car with 50 km on it and calling it a used car.

If a used tariff does come true, it would matter if it was applied to all cars regardless of country of origin or just cars produced outside of the U.S. market. It could also depend greatly on how and if the U.S. redefine their content rules for what constitutes a U.S. car vs a foreign car. There are lots of “what-ifs” and “it depends” that exist at this point in time.

If we assume a tariff is applied only to vehicles manufactured outside of the U.S., we could reasonably expect the values of those specific vehicles to fall sharply at Canadian auctions almost immediately after the tariff is implemented. Buyers for the U.S. market would simply no longer purchase these at Canadian auction.

If tariffs are more broadly applied to all cars coming from Canada, regardless of origin, the result for used vehicles that are being exported today would be a fall in value. Lower prices for some vehicles would then spill over, as other vehicles fall in value due to competitive market pressure. Over time we expect that some “made in U.S.A.” vehicles may then see a nice rebound in prices.

So, why would there be this up and down roller coaster?

Presumably the Canadian government would respond to a U.S. tax by imposing a similar 25 percent duty on new U.S. made cars. Canadian consumers would likely (over time) look to the used market to buy that vehicle that was now much more expensive as a new model, due to the import tax. How long this may take depends on how much inventory dealers and OEMs have, which always varies from car to car and region by region. For some higher-end SUVs and trucks some cost of the tariff could be absorbed by OEMs, but they would likely lower incentives, making for much higher monthly payments.

With a lot fewer U.S. built new cars coming into Canada, given lower demand, supply for those vehicles would be very tight and used prices might be almost “like new” for lightly used units.

On top of everything, dealers would be affected greatly as well. If certain used car prices fall at auction, this would mean retail prices would also be affected, forcing dealers to “re-price” their used inventory, resulting in much lower prices. How big the impact is depends on how fast consumers substitute used cars for new.

No matter how I look at this situation, I see no “winning” on either side of the border, only painful losses! Retaliatory tariffs by Canada and other nations to any U.S. action will create lower demand for U.S. product instantly. Without that export demand, many U.S. auto sector workers will subsequently be out on the street, and their Canadian cousins will be right there with them, talking about how great things used to be in the old days.

I beg for cooler heads to prevail. The economies of both countries and this great auto business of ours are counting on it.