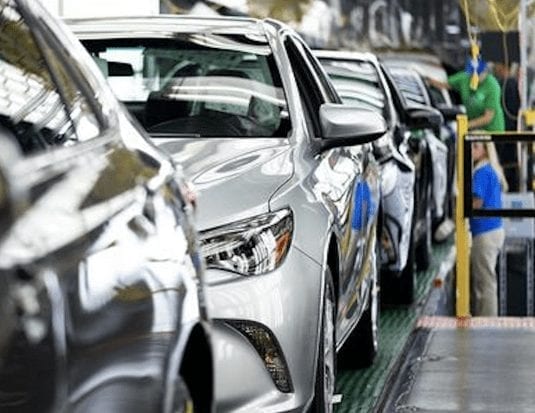 Research recently completed shows that 51 percent of Canadian automotive consumers are likely to purchase a new vehicle over the next 24 months.

Although this number is still strong, those surveyed last year were eleven per cent more likely to buy soon, a number highlighted by a record year for Canadian automotive sales. Perhaps this year’s numbers suggest that recent forecasts of diminishing auto sales are looming.

“Quite frankly, after such a dramatic ascent in sales over the past couple of years, this makes sense.  It would be hard for us to continue breaking sales records throughout 2018 and beyond,” said Brad Rome, President, Canadian Black Book.

The poll implies that the younger a consumer is, the more likely they are to buy in this timeframe, with respondents aged 18-34 the most likely at 65 percent, those 35-54 at 57 percent and those 55 years or older are least likely at 34 percent. Male respondents show more eagerness to buy in two years at 58 percent versus females at 44 per cent.

Interestingly, over a quarter (27 percent) of Canadians are likely to consider purchasing a vehicle fully online, without stepping foot into a dealership. This is an area most OEMs and dealers are looking closely at, for good reason. Age and sex sway these results, where 36 percent of those aged 18-34 would take buying fully online while only 11 per cent of those over 55 would do so.  Males are much more likely at 32 percent versus females at 21 percent. “We are not surprised to see that Millennials are over three times more likely to purchase a vehicle online compared to boomers,” says Brian Murphy, Vice President, Research and Editorial, Canadian Black Book. “This would be a major shift in automotive retailing, and one that is similar to how Millennials research, shop for and purchase so many of their goods today,” he adds.

57 percent nationally intend to purchase a new vehicle instead of a used one.  This statistic is also influenced by age, where older buyers are more likely to by new.  Those aged 18-34 intend to by new at 46 percent, while 59 percent of respondents 35-54 and 64 percent of those 55 plus, will likely by a new vehicle.