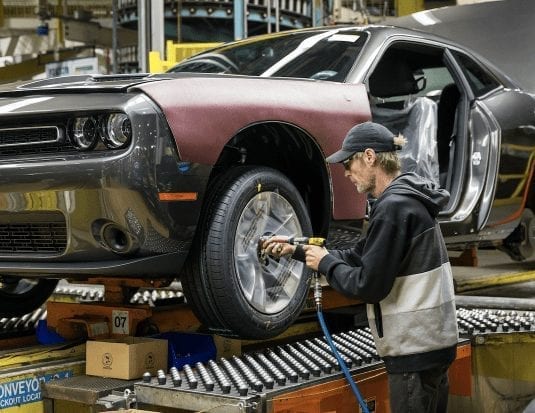 Ontario Premier Kathleen Wynne has said that the Comprehensive and Progressive Agreement for Trans-Pacific Partnership (CPTPP) will have negative consequences for Ontario’s auto sector.

The impact of the agreement could hurt both workers and Canada’s overall competitiveness in the industry.

“The province recognizes the fact that this deal will lead to job loss, yet the federal government is still proceeding with all haste to ratify this terrible agreement,” said Unifor National President Jerry Dias.

Speaking at the Toronto Region Board of Trade, Wynne said that new opportunities for trade should not come at the expense of auto workers and stressed that there is no need to rush to ratify the CPTPP.

The Premier also called on the federal government for $1.26 billion in transitional funding for Ontario’s auto sector before ratification.

“Ontario is acknowledging that the CPTPP is a job killer and is asking for measures to offset the known damage that it will inflict,” said Dias. “Rather than covering the wound it should be seeking to prevent the injury by calling for an exemption for auto or better yet pushing to prevent ratification.”

The Canadian government made the surprise announcement that it had signed the new CPTPP on January 23, 2018 after walking away from a similar deal the prior November. Unifor is urging federal Members of Parliament not to ratify the Trans-Pacific Partnership agreement. Canada’s approach to global trade and investment must serve to enhance our collective economic and social development, and must be guided by progressive, fair trade principles.

“It’s time for the federal government to admit that this hasty, backroom agreement is bad for Canada, bad for jobs and bad for workers and to take steps to ensure that it never sees the light of day,” said Dias. “If the government proceeds to ratify the CPTPP, knowing full well that it hurts Canadian jobs, then you can be sure that workers will hold them accountable.”