Advanced Technologies: All That “Autonomous Stuff” 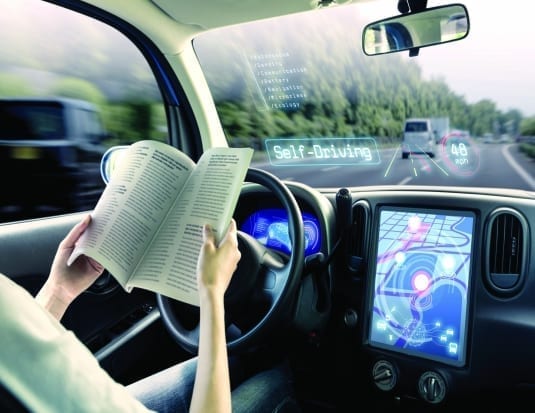 How will self-driving vehicles do on the used car market?

When the team at Canadian Black Book speaks at events or attends conferences we are often quizzed about our thoughts on the impact of “all that autonomous stuff” on the industry. Frankly, given there is a highway full of unknowns, we are seeing more questions than answers at this stage.

I feel it’s helpful to take a few steps back and look at the auto industry’s big picture, to better understand this topic. Also, consider for a moment that the technology itself does not matter at all, not in the least. Rather an odd thing to say perhaps, but stick with me. After all, it is not technology that makes a purchase decision, consumers and businesses do.

What autonomous means for the auto business will distill down to how these advanced technologies affect the ownership cycle of shopping, buying, driving, breaking, fixing, trading, selling, remarketing, crashing and eventually recycling cars. That is the critical bit. How does the disruption of any change, whatever that change might be, affect this circle of life for cars?

Here are a few points to ponder on the ownership cycle. Does the presence of a technology alter who buys the car? Will people not buy as many cars themselves anymore? For some reason, do they reject personal ownership, even partially, and instead subscribe to buying “trip credits” from a vendor?

Canadians will still continue to consume kilometres of transportation for the foreseeable future, so vehicles will still need to be purchased. But perhaps there are different types of purchasers out there. Maybe dealers could see their businesses change, whereby they might retain ownership of the cars and service them and sell them to consumers one kilometre at a time? Opportunity knocks?

How long autonomous vehicles stay on the road will have an effect, not only in years but also in kilometres. Today cars are driving around 20,000 km per year and then usually retire around 300,000km or 15 years. Yet they are only in motion less than 5% of the time.

If “auto-botic” technology leads to more kilometres per day, then we would need to buy fewer cars. However, they would wear out much sooner. The number of kilometres consumed could remain the same, or even rise. When vehicles get to this driverless stage you can imagine how the mileage could pile on much sooner. “Car, do my regular run to Tim Horton’s,” for example.

Given that we are in the valuation business at Canadian Black Book, we have a very keen interest in understanding how any technology affects future value.  Particularly since we forecast residual values for nearly every car sold in Canada.

Some of this tech is actually expected to have a negative effect on residual values. Using my example above – if that $6,000 worth of tech is nearly worthless at the end of the lease, who is going to bear the cost? The lessor will. Their monthly payment will be higher. Making the technology modular and easily upgradeable could help to mitigate this issue.

If I seem a bit harsh, just consider the example of hybrids and EVs. The market hasn’t really embraced hybrids from a value standpoint. Values in the first generation of EVs, as used vehicles, have been amongst the weakest. We’ve had hybrids for almost 20 years now and the used market still views them with skepticism. Perception is the reality; if consumers don’t see substantial value in a technology then it simply isn’t there.

I am also exceedingly skeptical about the actual technology itself and how fast it will hit the market and how well it will work when it arrives. There are many missing pieces; cars don’t yet talk to each other or to traffic lights, for example.

I am not a Luddite at all, but my opinion is based on quite a bit of real world experience. I drive about 90 different vehicles each year, many with the latest tech bits on them. It is very rare that I don’t see some form of malfunction, both major and minor.

One particular level II autonomous vehicle I drove recently (this means it has autonomous steering, braking, acceleration) was quite an “exciting” machine. It did not like to go around highway corners nor stay in its lane. It also tended to see pretend objects on a regular basis. I was never injured, but I think it took two years off my life nevertheless.

The next few years are going to be exciting when it comes to this type of innovation transforming the car business. I think it is going to take a lot longer than many believe. One wonders if Tim Hortons will soon need an autonomous drive thru lane, and a regular one. You heard it here first.