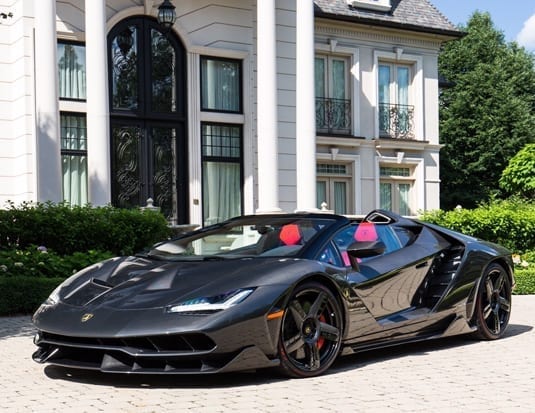 The Lamborghini Centenario, one of only 20 Roadster versions in the world of the company’s carbon fibre supercar, was recently delivered to its owner in a private ceremony at the owner’s home—a production that was carefully orchestrated by Grand Touring Automobiles.

At approximately $4 Million, the Centenario is the only one of its kind in Canada.

“The world’s finest automobiles are the stock and trade of the staff at Grand Touring Automobiles,” says dealership President and Chief Executive Paul Cummings, “but, the Centenario really got everyone excited. The remarkable technology of the car, its arresting design and physical presence; and, the honour of delivering such a rare car to one of our very special customers, made this a real occasion.”