Green Retailing : Dealers on a Diet 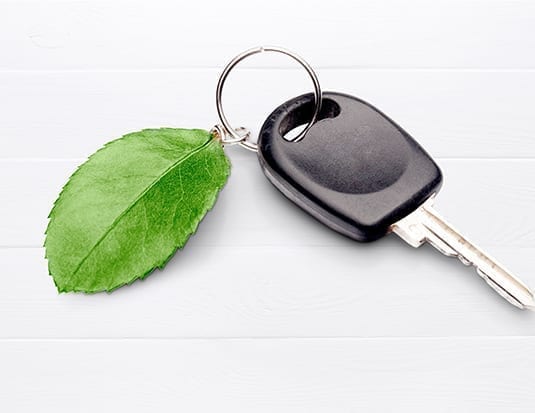 The world watched as the Paris talks on climate change wrapped up in December 2015. Delegates from 195 countries had come together for an intense two weeks of negotiations in the hopes of striking a deal that would limit rising global temperatures. In an unprecedented show of unity at the eleventh hour, the Paris agreement was signed and the Eiffel Tower lit up in green in celebration.

The Paris pact was heralded as “the world’s greatest diplomatic success.” As one of the chief commitments detailed in the 31-page document, countries including Canada promised to put themselves on a major “carbon diet” with the goal of achieving a carbon-neutral world sometime after 2050 and before 2100. The pact also stipulated that nations should strive to decrease their carbon output “as soon as possible.”

In a timely joint letter published by the World Economic Forum, 13 auto industry chief executives also promised to fast-track clean vehicle technology to reduce the industry’s role in greenhouse gas emissions. The CEOs outlined their vision for a “decarbonized transportation sector” and promised to “maximize the benefits of mobility while mitigating the impact to the environment.”

As the founder of a Canadian company that operates in the automotive sector, my responsibility for following through on carbon reduction is two-fold. My country has committed to ambitious climate change targets, and my industry has voiced its support as well.

When we were preparing to move our company headquarters to a new office space in late 2015, we took the opportunity to hire outside help in conducting an environmental audit of the way we operated our business. Many simple changes were recommended to reduce our footprint, including that we decrease the amount our employees were flying.

With a blank slate at our new office, we decided to invest more than $100,000 in AV equipment so we could easily video conference with our remote colleagues. The assessment also inspired us to set our sights on becoming entirely carbon neutral by the end of 2017 through making behavioural changes and dedicating funds to offset our usage.

No matter if you’re an F&I provider or a dealership, the motivation behind decreasing your carbon output doesn’t have to be solely altruistic. In their list of the 2017 World’s Most Ethical Companies, the Ethisphere Institute found that the stock price of publicly traded honorees enjoyed a 6.4 percent “ethics premium” as compared to their other S&P 500 counterparts. Their data suggests financial value and ethics are “inexorably tied.”

Inspire and engage your employees

Empowering employees to come to work with a sense of purpose and the ability to impact something beyond their regular job description is a wonderful way to build camaraderie and increase levels of engagement.

If your staff can be involved in adjustments such as switching to double-sided paper, using more efficient LED-lighting in the showroom, or implementing materials recycling programs, they’ll feel more connected to the fabric of how the dealership is run and perhaps even bring those behavioural changes home with them.

Minor behavioural changes in your dealership, accumulated over time, will help catapult Canada onto the global stage as a leader in carbon reduction.

A Global Corporate Social Responsibility (CSR) study conducted by Cone Communications found that 91 percent of consumers expect companies to operate responsibly and address social and environmental issues. Results also showed that consumers speak with their wallets—with more than eight-in-10 surveyed saying they consider CSR efforts when deciding where to shop.

I believe that many consumers will give dealers credit for taking a greener path. They’ll show that appreciation in a variety of ways, whether that’s being more likely to buy a vehicle at a dealership with an environmentally friendly reputation, or just simply not trying to extract the absolute best deal on a vehicle purchase because they know that some of the profit may go to fund environmental initiatives.

The court of public opinion has started to place more pressure on OEMs to clean up the industry. In response, Volkswagen has committed upwards of $2 billion towards the advancement of zero emission vehicle technology.

Toyota has also shown commitment as evidenced by this year’s roll-out of more efficient TNGA engines for both standard gasoline and hybrid vehicles. Similarly, production of BMW’s electric i3 consumes 50 percent less energy and 70 percent less water than building a conventional car.

Now that automakers are so heavily focused on environmental responsibility, it’s logical to look to the next step in the vehicle distribution process. There will be some expectation that stewardship is practiced in the process of retailing and servicing vehicles. If a dealer shows leadership in how its physical environment is built and maintained, OEMs will surely take notice.

Imagine if Canada had the greenest dealer distribution network in the world. It would be a spectacular claim to fame. Jim Collins, author of Good to Great, says it well: Small, consistent turns on a flywheel have a momentum effect that is hard to beat. Minor behavioural changes in your dealership, accumulated over time, will help catapult Canada onto the global stage as a leader in carbon reduction