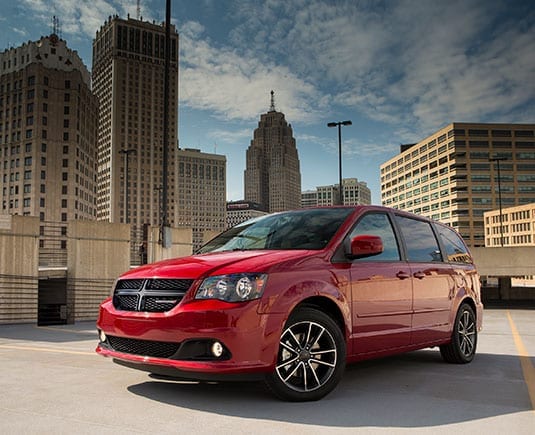 Eight years ago, a four year old truck held less than 30 percent of its value. But today, some retain 50 to 60 percent over four years.

Brian Murphy, Vice President of Research and Editorial at Canadian Black Book, says trucks and SUVs are hot commodities in the used market, and compact SUVs are doing much better. “What you see on the used side is often reflected on the new vehicle side as well,” he notes. The flip side is that passenger cars are flat. “Compared to trucks and their wild increase in value, compact cars and full size cars are flat. That’s to do with consumer preferences for those types of vehicles.”

Cheap gas is also fuelling the demand for trucks and SUVs, while eroding the public’s taste for compact cars, hybrids and any alternatively fueled vehicles. “We’re watching the price of gas,” says Murphy. “OPEC has said they’re going to resume supply cuts, and depending on how carbon tax is implemented, that could affect the price of gas by 10 percent.”

Agreeable interest rates have also helped whet the public’s appetite for trucks and larger SUVs. “Trucks are doing well,” says David Sharma, Founder of Dealer InLine. “People are utilizing the good interest rate, taking advantage of good fuel pricing, as well as the upcoming winter season. A customer may come in with the intention of buying a compact like a Civic, and then start to gravitate towards 4WD. A lot of companies are making mini SUVs, the HRV, and Nissan has the NX.”

But even with good interest rates, prices for used vehicles are still high. “There’s simply a lack of used vehicles,” says Sharma. “Some dealers are shying away from the auction because auction prices are higher for some vehicles than what they can sell them for.”

Roger Dunbar, Vice President Marketing at autoTRADER.ca, says, “You can’t seem to stock enough quality pick-up trucks. Ford, Ram dominate but you even see Toyota brands doing well. Dealers struggle to get their hands on them.”

The big three–General Motors, Chrysler and Ford–are still the brands most in demand, with Honda, Toyota and Hyundai following. “Consumers are looking for newer used vehicles, less than three years old. We don’t see a lot of activity for vehicles eight years old and more. They get a lot of views, but then they’re dismissed. Any vehicle with over 100,000 kilometres also gets passed over. Some of the lower valued new cars don’t attract a lot of attention.”

However, Dunbar says that hybrids are doing okay. “They’re almost entirely an urban phenomenon, more so in the larger urban centres where there’s some density.”

According to Leanne Kripp, Head of Autos at Kijiji, the fastest moving vehicle over the last six months was the Dodge Caravan. The second fastest was the BMW 5 Series, which was also the third top-searched vehicle. “Toyota Sienna and Tacoma were neck and neck, in the top 10 that spend less than 30 days on the site.” The Honda Odyssey was also in the top 10.

“We have a wide reach of consumers across Canada with different interests and needs,” notes Kripp. “The Ford F-150 is also in the top 15, as was the Audi Q7. Luxury SUVs have become more popular as price points have changed and financing options have become more flexible.”

“There’s a new car posting every six seconds, and so we’re getting more quality dealer inventory, and a wider range of selection than ever before.”