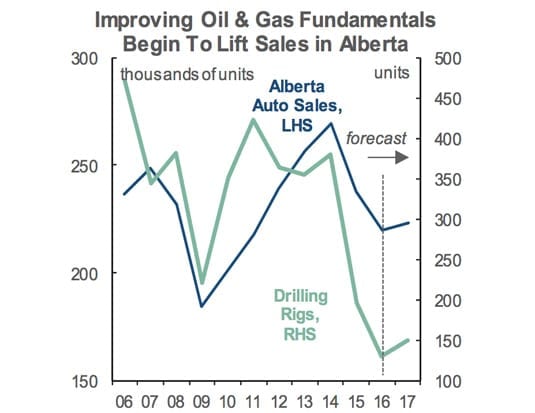 Canadian auto sales will edge down in 2017.

According to Scotiabank’s most recent Global Auto Report, published by Carlos Gomes, Senior Economist with Scotiabank and AutoJournal columnist, passenger vehicle sales are expected to top out at 1.94 million units in 2017, down from a record high of 1.95 million in 2016.

Gomes explains that recent price increases for new cars and light trucks have started to dampen affordability, while the number of potential vehicle buyers for 2017 is likely to be  lower than in years past.

Although vehicle sales in oil-rich provinces are starting to recover, Gomes says the rest of Canada is likely to see a slowdown.

Look for a full report in the next issue of AutoJournal.