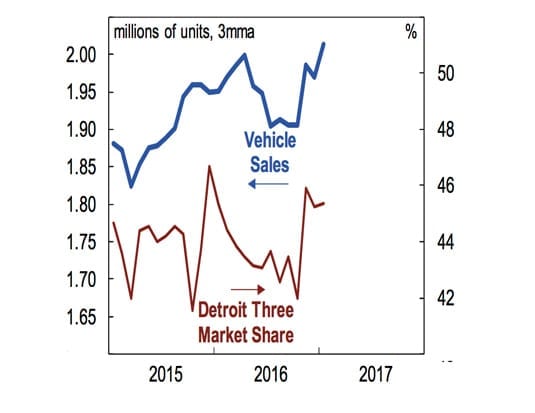 January sales exceed the five year average for the month by 12%.

Perhaps the headline written by the Global Automakers of Canada (GAC) hits the nail on the head with the words, “Year Starts with a Bang.”

According to numbers compiled by GAC, January sales were up 2.2% over January 2016, propelling the Canadian auto industry “back on track to its record-setting ways, posting the highest January sales on record with 110,945 units sold.”

“There still seem to be elements of pent up demand in the market,” said David Adams, President of GAC.

Carlos Gomes, Senior Economist with Scotiabank and AutoJournal columnist, puts the good news in perspective. “Despite a stronger-than-expected performance in the opening month of 2017,” he says, “we still anticipate lower annual sales, as vehicle affordability begins to erode alongside some slowing in real income gains.”