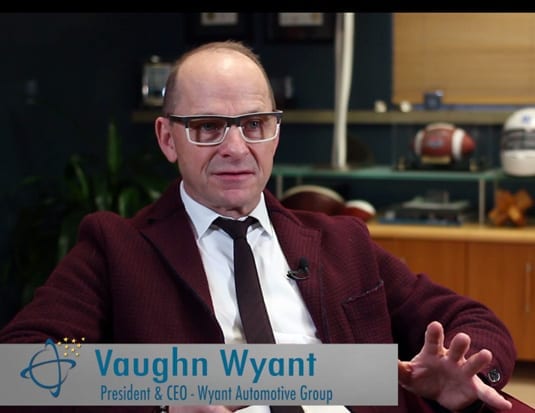 Ford is recognizing Lincoln and Ford dealers who have made an exceptional effort giving back to the community. Six dealers from around the world have been singled out this year as especially deserving of honour for exceptional community service as part of Ford’s Salute to Dealers

Only one Canadian name is mentioned this year: Vaughn A. Wyant of Jubilee Ford Sales Ltd., in Saskatoon, Saskatchewan.

Ford had the following to say about this great leader and philanthropist:

Wyant led a hands-on effort, with fellow dealers and local businesses, to create and auction a custom-designed Ford truck at Barrett-Jackson, raising $450,000 (U.S.) for the Children’s Hospital Foundation of Saskatchewan.

For more than 25 years, Wyant and his company have been the lead sponsor of the Black Tie Bingo for Saskatoon City Hospital Foundation, which has raised over $2 million for critical services and equipment in health care.

Wyant also donated $1 million toward the construction of a new, world-class art gallery that will be a great cultural learning and meeting place.

Most recently, Wyant made a $500,000 donation to the University of Saskatchewan to help construct a new sports and recreation facility for community use. In his family life and beyond, by lending a hand with manual labour or investing his time and resources for a charitable cause, Wyant constantly looks for ways to be involved and make a difference.