Kia Gives Away a Sportage 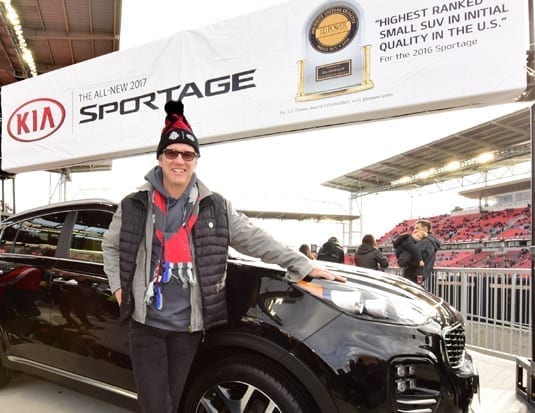 Toronto FC fan gets a Kia for a year.

Kia Canada rewarded a Toronto resident and loyal Toronto FC fan, Geoff Post, with a one year lease on a brand new 2017 Kia Sportage. Post won the vehicle in the “Score a Sportage” promotion.

“My current car is older than Toronto FC and it’s time for a replacement – thanks Kia,” said Post.

Kia Canada is a proud founding partner of Toronto FC and has worked with the team to grow the game of soccer in Ontario.