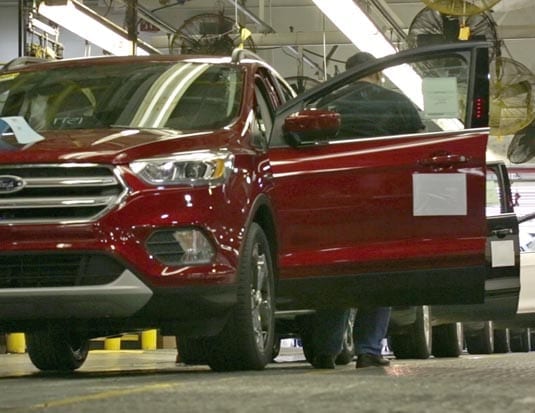 The Trump Administration’s ruling on fuel economy standards could have big implications for collision repairers.

When enacted in 2011, the current round of Corporate Average Fuel Economy standards called for very tough requirements, requiring OEMs to meet a fleet average of 54.5 miles per gallon U.S. (4.3L/100 km) by model year 2025.

The timeframe for this and the fact that light trucks were now also included in CAFE standards; has put tremendous pressure on the automotive industry.

Last year, for the first time since the legislation was enacted, OEM projections from NHTSA indicate that automakers’ fleet wide average fell short of CAFE requirements and under the current standards, things are likely to only get worse moving forward.

Last month, executives from a number of automakers asked President Trump for a review of the current standards. Already, there have been signs that the next several months could see significant revisions made to CAFE requirements.

What’s interesting is that much of the pressure on the need to review CAFE regulations is coming from consumers and also from dealer groups.

A number of automakers also argue that current CAFE standards are out of step with market realities, especially given that virtually all market growth in new car sales has come from SUVs and light trucks, not smaller, more fuel-efficient cars.

Dealer groups have consistently argued that lofty fuel economy standards and the technology required to meet them hits consumers in the wallet, reducing affordability of vehicle ownership, since the additional costs need to be passed on somewhere.

An added industry impact is the rising costs of servicing and repairs due to increasing vehicle complexity, which service centres, collision shops and insurance carriers are already feeling.

This week, the Trump Administration said it plans to review the requirements into 2018, while the Environmental Protection Agency has given notice that it will revive the original CAFE clause, which called for a review of fuel economy standards from model years 2022 to 2025.

An interesting factor in all this; is that California’s own emissions standards and green vehicle sales quotas are not currently part of the review process.

If, as some predict the Trump Administration and the EPA—under the direction of Scott Pruitt—do make amendments to CAFE, more lax regulations at the federal level could have additional implications, particularly where the California Air Resources Board is concerned.

Yet because California has so far not been targeted for review, it could lead to the creation of a two-tier system, with the Golden State setting its own rules that are distinctly different from EPA mandates.

A two-tier system fuel economy and emissions program would make things decidedly complex and not only impact vehicle sales and the OEMs, but also the servicing, repair and collision industries that support them.