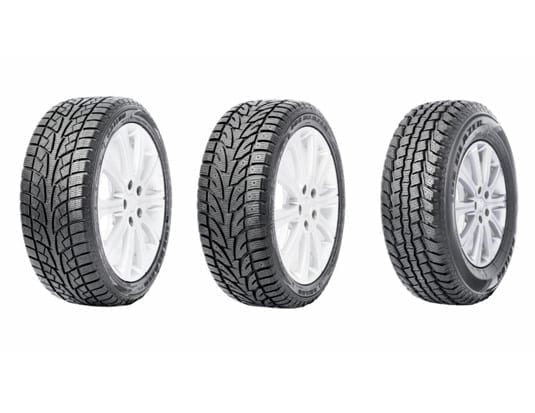 Sailun is reporting that their Iceblazer lineup of winter tires (available in 114 sizes) has earned the trust of over one million Canadian drivers and counting.

Manufactured for a wide range of sedan, coupe, crossover, SUV and truck applications, the complete lineup of Iceblazer winter tires have been engineered and tested to confidently tackle snow, slush and ice.

The three-peak mountain snowflake certification indicates that the Iceblazer meets specific snow traction performance requirements and has been designed specifically for use in severe snow conditions.

“It’s important to focus on educating every driver when it comes to understanding the big difference a set of winter tires can make versus rolling the dice on a set of all-seasons,” said Mark Pereira, Marketing Communications Manager at Sailun Tire. “Even if roads remain fairly dry, frigid temperatures have extremely harsh effects on rubber compounds that ultimately impact driver safety and confidence. The safest and best-performing tires for cold climate areas are true winter tires – everything else is simply a compromise.”