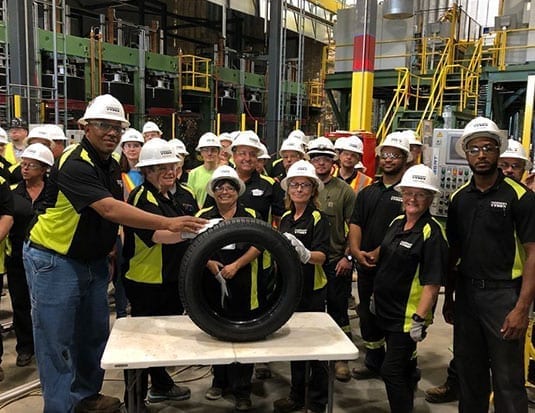 Nokian Tyres recently announced that its new Dayton factory in Tennessee has produced its first tire.

The Dayton facility is the first Nokian Tyres factory in North America built to expand and grow its operations on the continent. The company believes that this can be achieved only when the expectations of drivers are met.

Several team members gathered together to applaud when the first tire produced by the factory was revealed. According to the company, this was a big moment for the employees of the Dayton facility since several of them had undergone six weeks of training oversees to learn how to create safe and eco-friendly tires. The employees were thrilled to see the first tire come off the line since it was a product of their combined efforts.

The company states that the moment is also significant for North American drivers since the Dayton factory is slated to begin production for commercial sale in 2020. It intends to produce tires that are suited to the driving needs of the region. It has plans to design and create tires ranging from all-weather tires built for unpredictable winter weather to all-season tires for regular use.

Nokian Tyres believes that the first tire brings it a step closer to its goal.