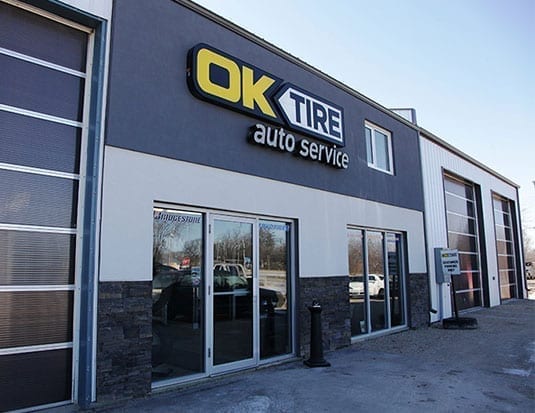 OK Tire has announced its plans to expand and relocate its Manitoba distribution centre from the town of Blumenort to Winnipeg.

The move is part of the company’s $100 million-dollar Canada-wide expansion plan scheduled to take place over the next five years, as announced earlier this year.

“Relocating to Winnipeg is the first step in offering our existing and future dealers in Manitoba and parts of North-western Ontario an increased range of products along with reduced transit times,” says Tony Beck, Vice President of OK Tire Logistics & Distribution. “There are many potential new franchisee trade areas that exist in this region and this new site provides a viable expanded distribution model.”

Scheduled to be operational by mid-June 2019, the new Winnipeg centre will act as a temporary location for the time being. In the meantime, OK Tire plans to work on the second phase of this project which the company intends to complete by 2023. This will be a 9,290 sq m (100,000 sq ft) distribution centre in central Winnipeg.

“Being better able to serve our dealers and therefore, our customers, is at the core of this move,” says Jim Caldwell, President & CEO OK Tire Stores. “We are expanding by approximately 30 dealers per year so ensuring our distribution centres are able to efficiently support this growth will help to future-proof our business.”

Over the next five years, the company plans to add more than 46,452 sq m (500,000 sq ft), under its distribution centre expansion program, to its network across all regions in Canada. This expansion plan is the first major initiative as part of the company’s five-year growth plan. It happens to be OK Tire’s largest expansion in its 66-year history.