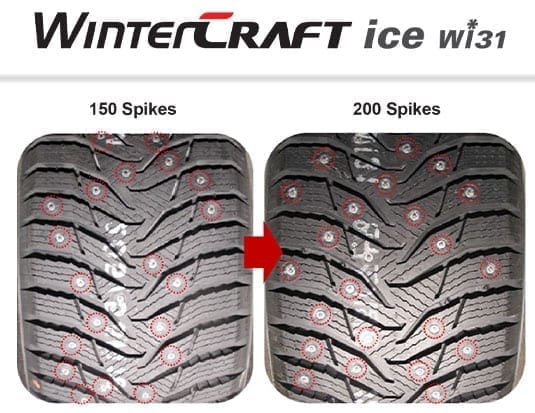 Kumho Tire Canada recently announced that it has made improvements to its studdable WinterCraft Ice Wi31 tire by increasing the number of spikes on it.

Kumho Tire has equipped the Wintercraft Ice Wi31 with technological advancements which include reinforcement of snow and wet performance with optimal volume of lateral grooves and better ice performance due to an optimal stud arrangement. The tire sports a high-tech design that helps in reducing vibration and noise to the maximum possible extent. The increase in number of spikes enables the WinterCraft Ice Wi31 to deliver miximized braking and handling in adverse icy and snowy conditions, according to Kumho Tire. The company asserts that the tire stands alone when it comes to providing excellent performance in heavy winter weather.

The WinterCraft Ice Wi31 has the following special features: