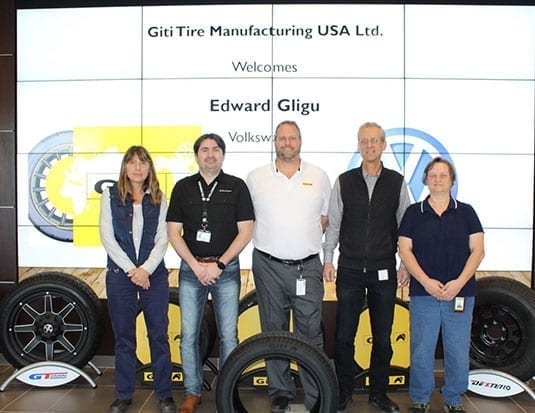 Giti Tire’s manufacturing facility in South Carolina has completed and audit by Volkswagen.

It is to supply two tire sizes for the 2019 Volkswagen Passat.

The facility can now officially begin the production of the premium All-Season Giti Comfort in the 235/45R18 95H and 235/40R19 92H sizes for the popular Volkswagen sedan.

“The successful audit by Volkswagen was the result of solid teamwork over a period of six months and a great step forward for the Chester County plant to produce ‘made in America’ tires for one of the world’s leading automakers,” says David Dobradenka, Director of OE Sales, North America for Giti Tire USA. He confirmed that the production of tires for Volkswagen will commence in the first quarter of the year.

He further added, “One of our stated goals when we announced the Chester County plant was to become a valued original equipment supplier in North America, and this is a tremendous step forward in that direction.”