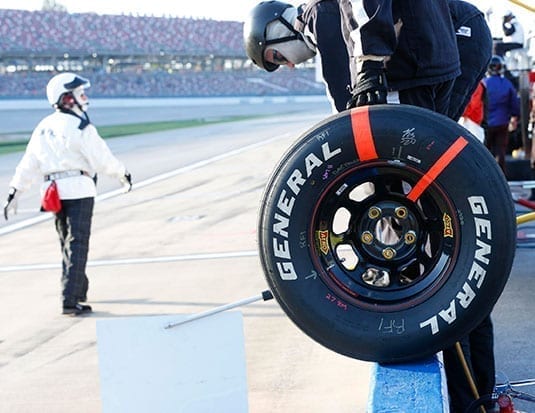 NASCAR has signed a multi-year partnership with the tire company, naming it the “Official Racing Tire” and “Exclusive Tire Supplier” for the events.

“General Tire is committed to promoting the NASCAR regional and international series across two continents and more than 11 countries with substantial investments across the NASCAR industry,” says Travis Roffler, Director of Marketing for General Tire. “Our team works hard to provide competitive, action-packed racing each week for the fans and we’re thrilled to be expanding that across several more series. We look forward to working with the NASCAR industry to grow not only recognition of the General Tire name, but the various series as well.”

The company will manufacture the tires in Lakeville, Indiana. It has been building stock car tires at this location for the ARCA Racing Series presented by Menards since 1995.

“The demand for NASCAR racing globally has never been stronger,” says Brandon M. Thompson, Managing Director of NASCAR Touring Series. “General Tire’s investment across the NASCAR regional and international series will authentically drive brand awareness of not only the respective series but that of the drivers, teams and tracks. Our unique racing style will be highlighted and that’s exciting.”

The K&N Pro Series East is scheduled to begin the season for the NASCAR regional and international series on February 10 at Florida’s New Smyrna Speedway.