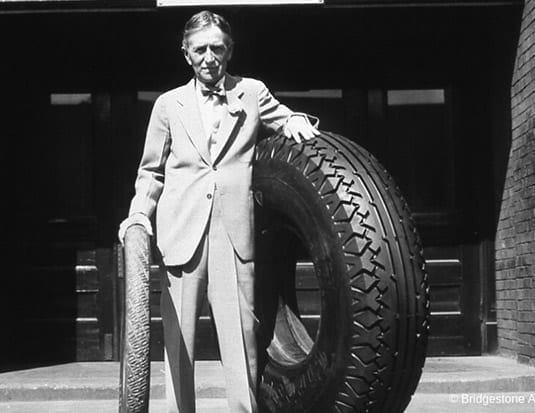 Bridgestone celebrated the legacy of Harvey S. Firestone on December 20, 2018, the 150th anniversary of his birth.

The date coincides with the 30th anniversary of the union of Bridgestone and Firestone, a merger that sealed the company’s position as a key player in the tire and rubber industry.

Harvey Firestone, a fourth-generation farmer, founded the Firestone Tire and Rubber Company in 1900 in Akron, Ohio. The company produced its first tires in 1903. In the next three years, it had crossed the million-dollar mark and was on the path to establish itself as a household name.

Firestone’s contributions towards the industries of mobility, motorsports, retail service, infrastructure and agriculture made him a notable personality in early 20th century industrialism. A key American thought leader of his time, he was close friends with Henry Ford, Thomas Edison and John Burroughs.