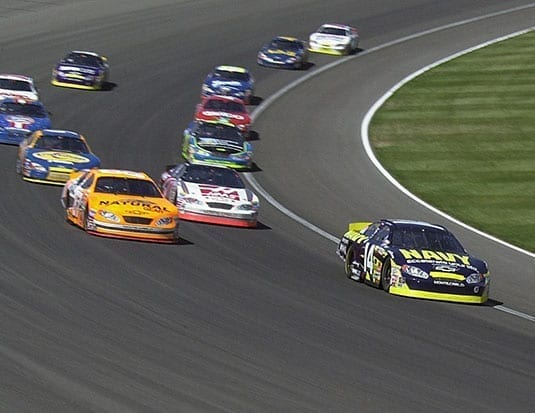 Are ‘China’ and ‘UHP’ mutually exclusive?

Is it fair to say that Chinese-made products often compete on price alone? Perhaps. Yet when it comes to high-performance and especially ultra-high-performance tires, cost isn’t necessarily a factor. Nobody racing a Ferrari is scrimping on tires. It makes it hard to compete in a market Chinese-based manufacturers can’t afford to ignore; while the Canadian market may be small, there isn’t a manufacturing economy in the world that doesn’t have an eye on the U.S.

“It does come down to scale,” says Darrin Bossence, Vice President of Sales for Dynamic Tire. “For a program to work for us in Canada, we’re riding on U.S. coattails. Ultra high-performance is a very small segment here.”

That said, in order for him to successfully distribute any manufacturer’s tires here, he has to be able to offer a full lineup. “If we’re trying to sell or displace another brand at a dealer, or if a dealer is looking into buying one of our programs, they want to make sure it’s complete,” he says. “They don’t want to get all-seasons from me and high-performance from someone else. We have to enable them to sell all the core products.”

Bossence thinks hobbyists may be a way into the market. At the moment, he (a self-described track monkey) says the Chinese HP and UHP tires he has seen on track perform well. “Some of these guys are running old Porsches they just beat up on the track, so it could be a performance edge for them. It gets expensive quickly.”

A question of perception

To compete, it’s perception that these manufacturers must overcome, not performance. It wasn’t that long ago that we looked at Korean cars as inferior products—and look at Hyundai now. We could well be looking back at Chinese tires in a similar way in decades to come.

“It’s the same bias we have towards Chinese goods in general,” says Russ Bond, Motoring TV’s Two-Minute Test-Drive host, who’s something of a track monkey himself. “I’ve driven on these tires, and some are garbage, and some are fine, the same as goods from anywhere else. What I tell people is that if I take a Kenmore oven here and make cupcakes, or take a Kenmore oven in China and make cupcakes, the cupcakes are the same. It’s all about the ingredients.

“As a race car driver, how fast you go is about confidence, and that’s about the ingredients: the tires, the car, the setup, the engine. If you’re not confident in everything, you’re not going to get the most out of it. You should be able to go around in a $300-grand McLaren on these tires on track day, but would you? Your car may get around it, but your head won’t. Their problem isn’t quality, but the perception of quality.”

Bond says their way in is through track sponsorship. “If they can get one McLaren or a Ford GT or an R8 that comes stock with Sailun tires, a lot of that perception would change,” he says. “NASCAR has been Goodyear forever, and there’s actually zero relationship between those tires and what you put on your truck.

The high-performance market is very small, but it’s very loud. I’m trying to get a Chinese manufacturer to sponsor my Lexus sport cup with a studded snow tire for each car. I tell them, ‘You guys are going to win an ice racing championship, that’s for certain.’ Maybe their tires were the only ones on the track, but we’ll just leave that out of the press release.”