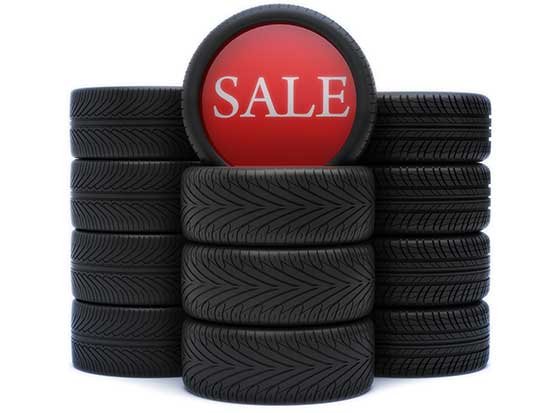 Unlike milk and produce, tires don’t come with an expiration date. Do your customers know that?

While tires don’t come with a “sell by” date, from time to time retailers have to deal with customers who want to know the age of the tires that they’re being sold. Where did this concern come from?

According to Mike Matesic, Territory Manager for Ontario and Manitoba at Hankook Tire Canada, it likely has a lot to do with a TV news program that aired some time ago, about certain tire retailers who were selling tires that were a few years old, as new.

The program urged consumers to be wary, and to always look at the DOT number on the sidewall to determine if they were getting a “fresh” tire, or one that had been sitting on the shelves for a few years.

“Since that program aired people have been asking about the age of their tires and looking at the DOT,” Matesic adds. “They’re expecting to buy tires with DOTs that are a couple of months old, but what they don’t realize is that many tires are made oversees, and you have to factor in the travel time.”

Beyond travel time from overseas factories, consumers also have to figure that the tires typically sit in a warehouse with a wholesale distributor until a retailer orders them. “If you order winter tires as a distributor, for example, you’re not getting them in October or November,” Matesic adds.

“You’re getting them months earlier, and those tires may have been manufactured months before that.”

Industry guidelines
So the idea of buying a “fresh” tire is by and large unrealistic. That said, there are a number of guidelines that tire manufacturers recommend in terms of tire longevity and safety.

“The Japanese Automobile Tyre Manufacturers Association (JATMA) has put together guidelines,” says Keith Willcome, Project Engineer, Bridgestone Americas Tire Operations. “Bridgestone has adopted their guidelines, which state that after a tire reaches five years of age, it should be thoroughly inspected by a tire professional for any signs of aging or anything that may require the tire to be replaced. After 10 years, we recommend a tire be replaced, even if the tread has not worn out.”

That five and 10 year mark takes us back to the DOT number. “The date of manufacture is part of the DOT number that’s on the sidewall of the tire,” Willcome adds. “It appears in a week/year format, which means that the number 4715 would mean the 47th week or the year 2015.”

Most tire manufacturers abide by the five and 10 rule of thumb. “After five years we recommend the tire be looked at annually, and generally that happens when the tires are being rotated, or during seasonal changeovers,” adds Brad Fraser, Customer Engineering Support, Passenger Light Truck Tires, Michelin North America. “

At the 10 year mark, even if there is service life in terms of tread depth left in the tire, we recommend it be changed out,” Fraser says. “Over the life of the tire, we can’t predict the exact conditions it was exposed to and how it was maintained. That’s why at the 10 year point we recommend the tire be taken out of service.”

Storage
A big part of the overall picture is proper storage. “We recommend tires be stored indoors, in a cool, dry and clean environment,” Fraser says. “They can be stored either horizontally or vertically, just as long as they’re in the kind of environment mentioned above. And don’t store them near grease or gasoline or any other substance that could degrade the rubber.” The worst place to store tires is outdoors, which exposes the tire to the extremes of temperature and humidity, as well as to damaging UV rays from the sun.

Customer education
The key to allaying any “best before” fears is education. Not only should concerned customers understand what the DOT number is telling them, but they should also understand that when stored properly, tires are designed to last several years.

The problem is that they may be coming into your stores with preconceived ideas. “The Internet can be a great tool or your worst enemy,” explains Hankook’s Mike Matesic. “It all depends on what kind of information your customers have found online and what they’re now convinced of.”

A logical and honest explanation of the facts, along with a clear understanding of industry recommendations, should go a long way to helping you, the tire professional, deal with any of your customers’ concerns.