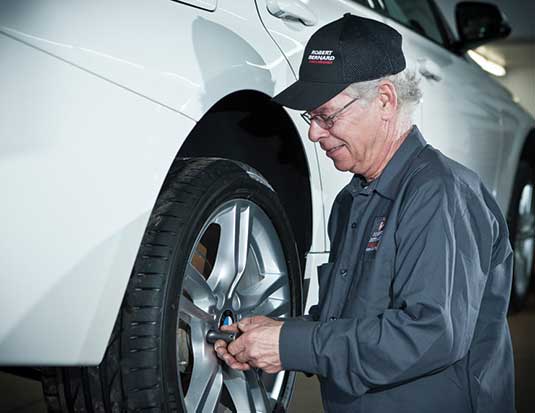 Advanced technologies can attract new blood to the tire industry.

If you’re keeping up with technology, the machines in your shop are becoming more and more sophisticated. While it’s true that it can mean tire technicians require less training, it can be a good thing for a workforce that appears to be not just in transition, but in trouble.

“We’re not trying to replace anyone. The emphasis on what sparks our drive for innovation is often where there is a need,” says Dino Hatz, Business Development Manager, Hunter Engineering Company (Canada), makers of The Revolution, a fully automatic tire changer.

“There is a big concern in the industry, regardless which side of the border you’re on, or in which province—that there’s a lack of interest from the younger generation.”

A reputation for a “busted knuckle, dirty fingernails” image is largely to blame, Hatz says, pointing out that automation could help the industry attract those new to the workforce. He says that while he knew the average technician is now middle-aged, even he was surprised when he recently learned the average age is 58. “What happens when you don’t have enough new blood coming in? How do you address that?”

New tires & technologies
While the lack of new technicians is problematic, for those already in the industry, the rapidly changing technology of tires themselves is as well. “The wheels and tires they were taught in trade school have changed greatly,” Hatz says. “A high performance wheel assembly from back then doesn’t even qualify as a low-tech wheel today. The majority of technicians haven’t received the upgraded training or certification to work on today’s low-profile, run-flat, ultra-high-performance tires.”

We’re behind European standards by more than a decade, he says; there, if you have an autobahn in the country, multiday certifications are a requirement at considerable cost to employers. “Higher stress loads on the tire beads during the mounting process is one of the critical factors that need to be addressed,” he says.

Today’s more sophisticated machinery not only makes such tasks cleaner and less onerous, but also gets would-be workers into more interesting work sooner. “Often the first thing shop technicians are relegated to is changing tires,” he notes.

“Maybe they were top of their class, but in a busy shop, when it isn’t possible to watch them every minute, it can be a year before they’re allowed to do what they originally signed up for.”

Improved safety
It can also be a boon to shop safety. Especially for the 58-year old, lifting 20 or 30 100-lb. wheel assemblies a day during peak times puts them at risk of injury.

“If he hurts his back on Monday and is out ‘til Wednesday, that can be $180/hour he’s not producing. That hurts the shop and it hurts the technician.”

As Hatz points out, many delivery drivers aren’t supposed to pick up boxes over 70 lbs.—and that’s a job that doesn’t take special skills, and didn’t require four or five years of vocational training and the purchase of over $30K in tools. “And we take these highly skilled workers and expect them to pick up wheels and tires that can potentially hurt them.”

“These autonomous and semi-autonomous features allow us to attract a more flexible workforce,” he says. “Technicians don’t have to be big, burly people anymore—most of the muscle comes from the equipment itself.”