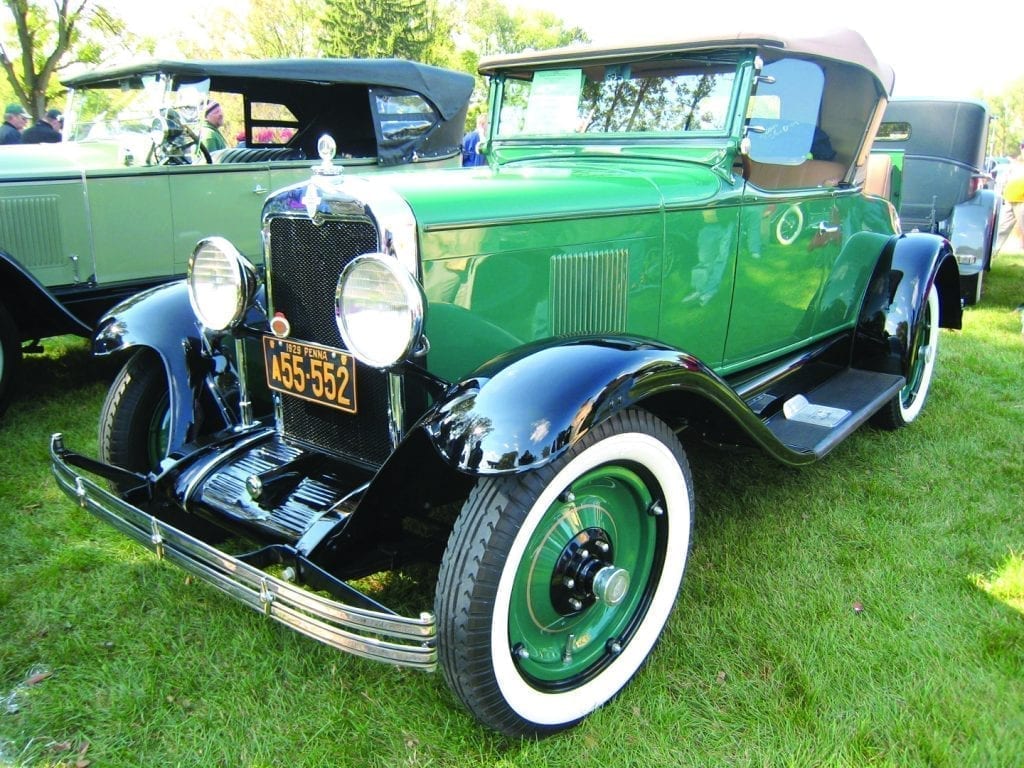 We don’t know who actually invented the wheel, but he or she was a genius. From the first rudimentary vehicle wheels, we’ve come a long way to the modern versions currently for sale, and new technologies that are on their way.

Automobiles basically started out as motorized carriages, and so they used buggy wheels. Many were variations of laced-spoked bicycle-style wheels. As cars got larger and heavier, automakers switched to thick-spoked wheels made of welded metal or wood. Some car companies, including Ford, would keep wooden wheels right into the late 1920s.

Early photographs often show motorists with their cars in shallow rivers. Modern drivers assume this was how the cars were washed. In reality, this was to soak the wooden wheels, because the spokes could shrink and become loose in dry weather. Dust caps were put over the end of the hub to keep out dirt, and these soon became the perfect spot for manufacturers to put their logos. Many drivers today use the term “hubcap” when they actually mean wheel disc, since the original hubcaps covered only the end of the axle.

The pneumatic tire made driving more comfortable than the earlier solid-rubber versions, but air came with an issue: how was the tire supposed to stay on the wheel? The earliest rims were just dished hoops, and the tires bolted to them. These equally early tires didn’t last long and had to be changed frequently. It was a gruelling roadside task involving pry bars and extensive profanity.

Next up was the “clincher” rim. These rims had a channel to hold the tire bead, with an inner tube inserted inside the tire, making it quicker to change a tire. Drop-centre rims started becoming popular in the 1930s.

Change the wheel, not the tire

Motorists breathed a sigh of relief at the arrival of removable wheels. They could now carry a spare for roadside emergencies, rather than remove the tire. Several automakers offered solid-disc metal wheels, which could be inexpensively mass-produced.

That didn’t mean they were strictly utilitarian: they could be painted to the car’s body colour, and were often livened up with pinstriping from the factory. Their main issue was that they trapped brake heat, but beyond that, drivers wanted their cars to look good, and the flat discs looked dated as car designs evolved.

From the past to the future

The tried-and-true spoke wheel made a major comeback in the mid-1920s and has held on since then, although it’s primarily an aftermarket accessory today. The steel wheel also evolved from the early flat discs. While they’re usually painted black today and disguised with full wheel covers, earlier “steelies” were usually painted body colour or a complementary shade, and accessorized with small discs and trim rings to show off a bit of the wheel.

Mainstays such as alloy and forged wheels would eventually arrive, along with fads such as spinners, new materials like carbon fibre, new designs incorporating airless tire and rim combinations, and futuristic technologies like 3D-printed wheels. From that first rudimentary wheel, we’ve come a long way.