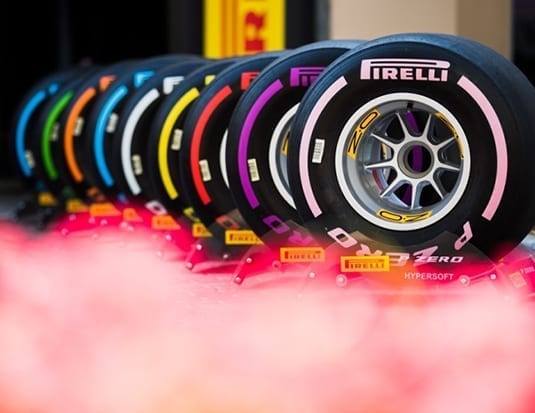 Each team had 20 tire sets for the test: 12 tire sets chosen by Pirelli (including a selection of 2018 tires plus some 2017 tires for comparison), and the other eight tire sets selected by the teams themselves. In total, 23 top drivers did some long runs as well that were different to qualifying conditions.

The Yas Marina circuit’s characteristics meant that the test concentrated on the White medium to the Pink hypersoft tire compounds. “Overall this test and all the drivers gave us very positive feedback. The new Pink hypersoft tire meets our initial expectations, with times that are about a second faster per lap than the Purple ultrasoft tire, but this time difference obviously needs to be confirmed on other track types as well,” adds Isola.

All the 2018 tires are a step softer than their tire equivalents in 2017, in line with what the teams asked for. The Pink hypersoft tire (just added to the range) is two steps softer than the 2017 ultrasoft tire. We now look forward to getting back on track for the first official preseason test in 2018 at Barcelona from February 26 to March 1.”