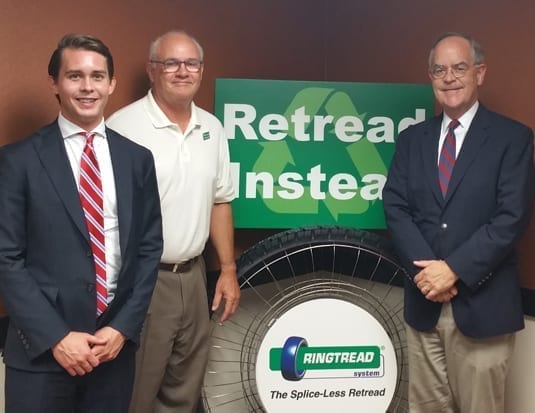 Bill Sweatman, President of Marangoni Tread N.A. welcomed Congressman Cooper and gave a presentation on behalf of the entire retread industry and the role it plays economically and environmentally.

Marangoni has launched a very aggressive Retread Instead education campaign. The goal is to promote the best practice of buying quality premium new tires with the intent toward Total Life Cycle tire maintenance including retreading.

“The Retread Instead campaign is meant to further enhance the overall awareness of the benefits of retreading as a whole and we need to band together as an industry to combat the low quality non retreadable tires,” said Sweatman.

Marangoni Tread North America distributes its retread products through a network of licensed independent tire dealers and retreaders throughout the United States and Canada.