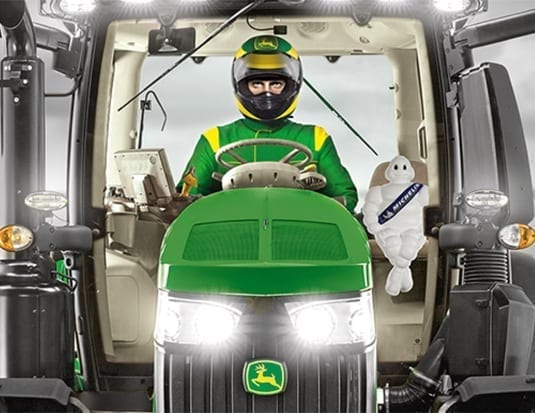 The European Drivers Championship, organized for the second consecutive year by Michelin and John Deere, showcase the best tractor drivers on the continent.

The 2017 European Championship saw 16 finalists from 13 European countries demonstrated their skills on an 11-mile course that covered both roads and fields, all driven in a 32.5 ton vehicle!

The challenge was to find the right strategy to reconcile productivity objectives (speed and precision) with the preservation of resources (fuel consumption and soil compaction).

Competitors drove the new John Deere 6250R tractor fitted with brand new Michelin ROADBIB tires, which boasts greater comfort and more wear resistance when driving on the road, which represents 80% of the distances covered, while providing traction in the fields.

Once all the dust settled (literally) the UK came out on top, followed by France and Sweden, in second and third places respectively.