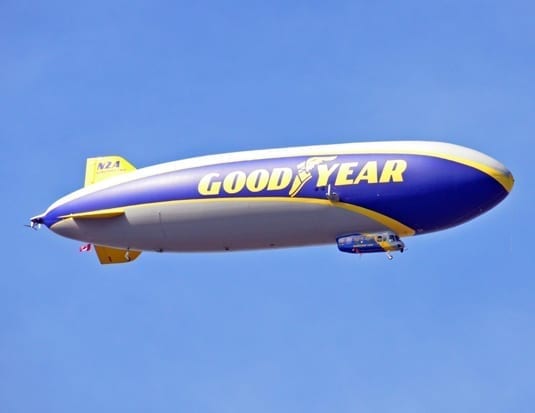 Wingfoot Two will be in skies above Ottawa on July 1.

The Goodyear Blimp is coming to Canada this summer to take part in Canada Day celebrations in the nation’s capital on July 1. As the country celebrates its 150th anniversary, the blimp will provide live aerial coverage of Ottawa’s festivities and fireworks.

“From the Olympic Games to World Series and Super Bowls, the Goodyear Blimps have a long tradition of being part of the most watched sports and entertainment events in North America and around the world,” said Paul Fitzhenry, Goodyear’s senior vice president and chief communications officer. “Canada 150 marks an important milestone in the country’s history and we are honoured to be part of the celebration, working with our Canadian broadcast partners to deliver captivating aerial coverage to Canadians from coast to coast to coast.”

Wingfoot Two will fly over Ottawa on July 1 and those who spot it are encouraged to share photos on social media using the hashtag #TrueNorthBlimp.