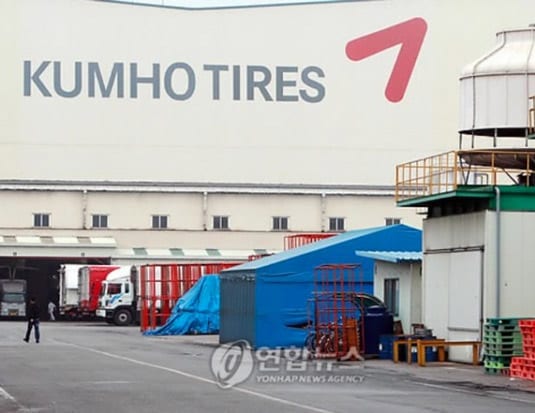 The sale of 42 percent of Kumho Tire shares to Doublestar Tyre will proceed, as Kumho Tire President, Park Sam-Koo has decided that he won’t exercise his right of first refusal of the offer to purchase company shares.

Korean media outlets have reported that Mr. Park, who had the option of buying back Kumho Tire shares at the same price as the Doublestar offer, complained about the transaction process. Creditors refused his proposal of creating a consortium to finance the repurchase of the shares. “I can’t move forward with such an unfair contract in place, so I won’t exercise my first right of refusal,” confirmed Mr. Park. He intended to form a consortium with a group of shareholders to circumvent the transaction.

The deal, valued at $831 million, was signed on March 13th, and it transfers management powers over to Doublestar, who has promised to respect Kumho’s independence as to the management and operations of the company.

This transaction has the potential of making Doublestar the largest Chinese tire producer, and one of the world’s ten largest producers of tires.

Kumho Tire, whose North American sales account for approximately 22 percent of its total sales, launched its first American production facility in Macon Georgia in May 2016, with an annual production capacity of 4 million tires.