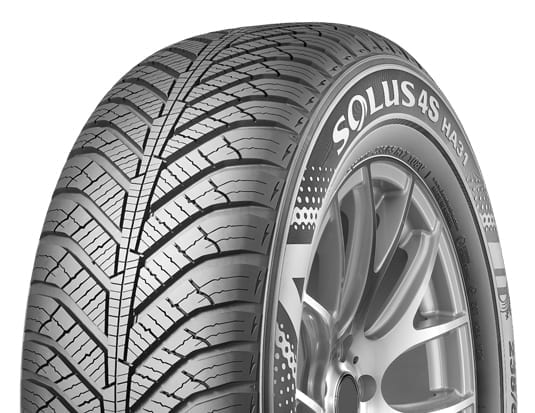 Kumho Canada has announced the launch of the Solus HA31 SUV line, which expands the size range of Solus HA31 to a total of 58 sizes.

The Solus HA31 SUV is backed by a 100,000 km warranty in 16” to 18” rim diameters in speed ratings of T, H & V.
“We are excited to support our valued customers by introducing key SUV sizes in the much demanded all-weather Solus HA31 SUV,” said Dwayne Sawyer, Director of Sales.

The SUV sizes available for ordering now are: