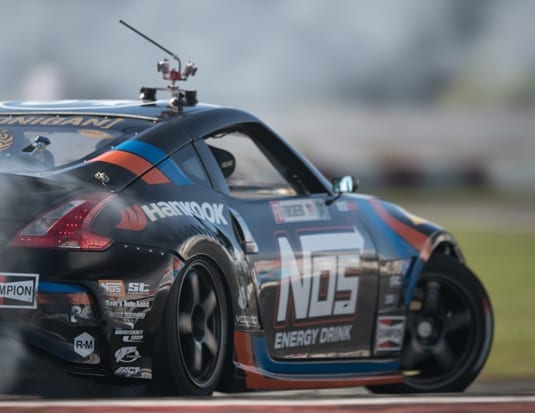 In addition to Formula Drift competition, Hankook will sponsor Rhys Millen at the Pikes Peak International Hill Climb for the seventh consecutive year.

Hankook Tire has announced plans to bolster its Formula Drift roster and racing tires heading into the 2017 season. Reigning champion and Formula Drift legend Chris Forsberg will be back for his 7th consecutive year with Hankook, alongside friend and fellow Hankook teammate Ryan Tuerck. The returning duo will be joined by four new drivers, boosting the Hankook drift roster to six for the 2017 season.

“Our drivers will use the newly introduced Ventus R-s4 tire this season, and we are confident the tire will provide our drivers with the confidence to push the limits even farther, creating an exciting and competitive season on the track,” said Donato Bonacquisto, Hankook Motorsports and Events Manager.