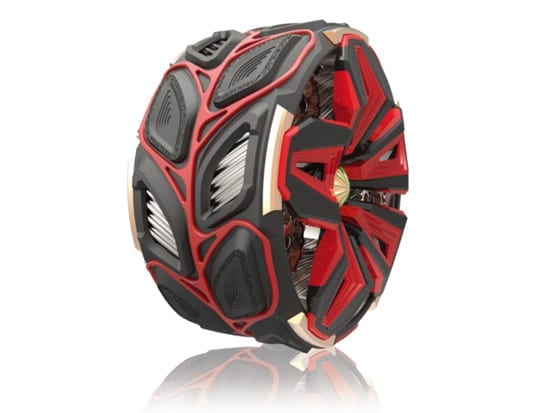 Kumho’s futuristic concept tire, the “Smasher” has been honoured with an award from iF.

The Smasher has been engineered for driving in extreme conditions, and features out-of-the-box elements like suction plates and grinder-shaped tread blocks. The former enable the vehicle to ascend steep slopes by creating a vacuum between the tire and the ground, while the latter permit safe driving over even the roughest terrain by crushing uneven areas that could otherwise damage a tire.

The Smasher was also recognized with an IDEA Award last year.