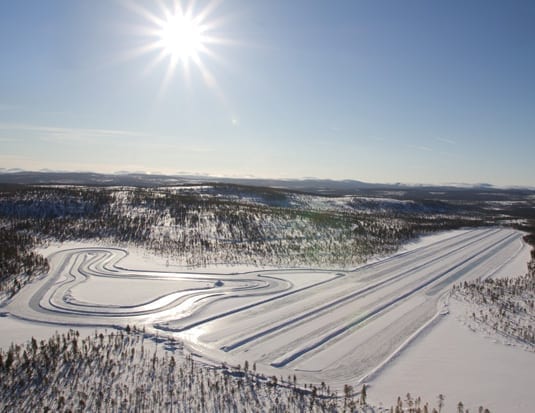 Nokian Tyres set up the Ivalo Testing Center in 1986. Located in Ivalo, Lapland, far beyond the Arctic Circle, the facility has gained the reputation of the most rigorous, biggest, most complex and most extreme natural tyre testing centre in the world.

In “White Hell,” temperatures fall far below the freezing point in winter, while in spring, temperature variations between day and night of up to 40 degrees are possible.

The test tracks are busiest between November and May. In that time, during the approximately 200 days of freezing weather, more than 20,000 tires are tested and more than 40,000 kilometres driven on the test tracks. The highly experienced teams of professional drivers test the tires all day and night.