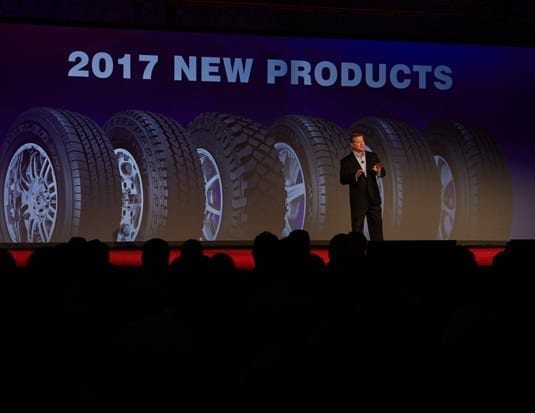 In addition to unveiling new sales tools and technologies, as well as a series of new ads and sales materials, Bridgestone also introduced six new tires at the meeting, most of which will be available in 2017.

As an hommage to the late night talk shows based in Los Angeles, the entire meeting had a very “Jay Leno Show” feel to it, complete with a band and set with a sofa and a desk. A number of Bridgestone executives were interviewed on set, which made the entire program very enjoyable and very entertaining.

The two-day event included a dinner on a movie set at Universal Studios.

Look for a full report in an upcoming issue of TireNews.