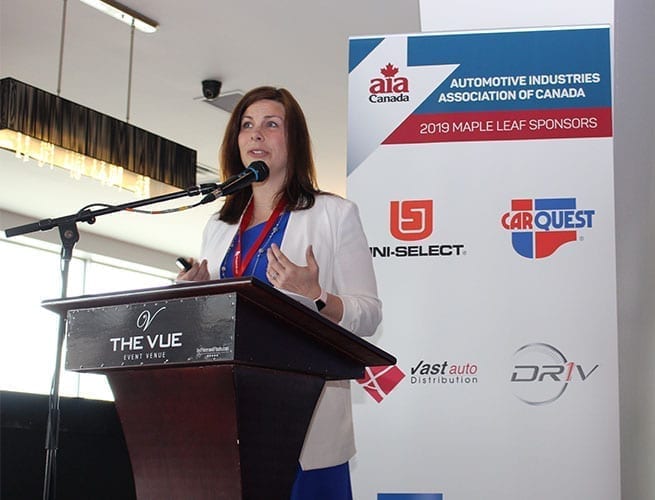 The Automotive Industries Association of Canada (AIA Canada) hosted its 2019 Young Professionals in the Aftermarket (YPA) conference in Ontario on June 18.

The event took place at The Vue Event Venue in Mississauga, in a conference room overlooking the beautiful greens of the Royal Woodbine Golf Club.

The day kicked off with a hearty breakfast, interspersed with lively chatter among attendees. Before commencing with the presentations, YPA Committee Chairman Brad Cochrane welcomed all the attendees and requested them to encourage young aftermarket professionals to participate in such events. “The networking and learning opportunities that come from YPA through events such as this have been beneficial to my own personal growth,” he added.

The journey of a young leader

Delivering the first presentation of the day was Shannon Spano, Vice President of Consumer Sales at Wakefield Canada. Spano gave a brief history of her career in the automotive industry as well as the opportunities for growth and leadership. “If we think about where we are going as an industry and how we are growing in our careers, it’s about how you look at growth, how you look at learning, how you look at challenges and how you embrace them. And I have never felt that I have everything figured out,” she said.

Spano explained that strong leaders of today and tomorrow adopt this growth mindset and think about approaching something difficult with open eyes. Such leaders look at failure as something positive because it stretches them to work harder and challenge the status quo.

The flip side of this, according to her, are people with a “fixed mindset”. When joining Wakefield Canada, Spano felt an instant connection with the company when she saw that everyone was part of a team and the company was passionate about driving growth in the Canadian marketplace.

Stressing on the importance of accepting all kinds of solicited and unsolicited feedback one receives, Spano said that every kind of feedback helps broaden an individual’s perspective, whether it is right or not. A piece of advice that she remembers the most came from Wakefield Canada’s President Dave Fifield who told her to stop trying to be what she’s not and to be really good at what she’s great at. He advised her to focus on being an authentic person instead of trying to fit in a box.

Spano also explained how important it is to not only increase the depth of knowledge but also the breadth of one’s knowledge. “I started to understand leadership in a much greater light because I realized that the strength of a leader is not just their solid performance. It is how they empower learning and leadership throughout the people that work with them as well,” she added. This realization was crucial in prompting Spano to join the YPA committee. It led her to focus on becoming a people manager instead of a performer.

Speaking about current times, Spano said that today the face of leadership is quite different. Leadership used to be more top-down, but the industry is seeing a lot of bottom-up leadership as well. The growth culture should continue in this direction, according to Spano. “The best ideas come from the people who work with us, from the marketplace, from the customers and from the changes around us,” she said. “I believe that engagement drives performance; performance does not drive engagement.”

She also mentioned that psychological safety is necessary in the workplace. If it is safe to raise one’s hand to ask questions and offer ideas and advice, it drives high performance.

She concluded her presentation with the following words of advice for young leaders: “I think it is really important that you share your intentions for growth. If you want to grow, or you see a role that interests you, then raise your hand. Tell people that work with you so that they understand and are able to support that journey. At the same time, be open to feedback that you receive. If you are not ready for something, it’s okay. Focus on growing across rather than upwards.”

Veteran news reporter Michael Hainsworth was the Keynote Speaker at the event. He focused on the subject—“Transformational Technologies: How We’re Building the Future Today”.

A point reiterated by Hainsworth throughout his presentation was “Anyone who tells you that they can see the future is trying to sell you something.”

Speaking about technological advancements, Hainsworth explained that people often do not connect the dots between all the advancements taking place. Therefore, they make the mistake of thinking that any individual technology is responsible for this massive technological explosion in our lives. “It is usually a group of little things that have come together in terms of advancements and discoveries at any given point in time,” he explained.

Elaborating on this idea, Hainsworth gave examples of the journey of several technological advancements that are integral to our lives today. These included the development of technology for camera phones, smartphones, touch screens, television and even the internet. It took 25 years of innovation to develop the sensor for the first commercial camera phone. Cell phones that were developed in the 1970s allowed people to talk for 30 minutes only. In 1969, when the internet was first used, it functioned on 49 nodes. Today, 26 billion nodes are used.

Movement towards the future

According to Hainsworth, there are several foundational technologies that we are building on today that will give us our “tomorrow”. Of this, he opted to focus on three key technologies: Augmented Reality (AR), Artificial Intelligence (AI) and 5G wireless.

People have already had the opportunity to have a small taste of AR with the game Pokemon Go, which gained popularity a few years back. Samsung is working on AR contact lenses at present. Hainsworth stated that the automotive industry  spent $213 million in 2017 on AR  and Virtual Reality. By 2025 it is predicted that the annual compound growth rate of investment will be 175 percent. He said it will bring about several advancements since the automotive industry recognizes the value of AR.

Hainsworth explained that if AR becomes the interface platform in the future, what we interact with will be AI. Data scientists have predicted that we are about 40 years away from “intelligence” that is truly artificial. AI is being developed to be able to take away the burden of performing mundane tasks from humans. The biggest market for AI in 2025 will be the automotive industry, said Hainsworth. It will encompass everything from object detection to autonomous vehicles. Additionally, the automotive and medical industries are predicted to benefit the most from AI.

Hainsworth mentioned that Level 4 autonomous vehicles are expected to consume 6 TB of wireless data every single day. It is possible to get there through 5G wireless technology. He added that 5G is the biggest technical roll-up we are going to see in our lifetimes. Due to the technology involved in 5G, we will have little sensors on everything that connects us to the internet of things and the power requirement will be so minimal that no one will need to change batteries.

“Level 4 autonomous vehicles is probably where we are going to see that critical mass of technology within tipping point. That is about 15 years away, by which time 5G will become quite commonplace,” said Hainsworth. He explained that high data consumption would be because the vehicle would connect with a remote driver if it is unable to understand how to tackle a situation. It will be possible to do this in real time due to low latency.

Elaborating on the unintended consequences of these advancements, Hainsworth stated that traffic fatalities would be reduced by 94% with fully autonomous vehicles, which in turn would bring down the number of organ donors. However, it is expected that 3D technology will move towards becoming advanced enough to be able to print complete organs.

According to Hainsworth, all these developments will also change how people spend their time inside a car. The concept of ownership is also expected to change drastically. Fleet-based mobility may become more common eventually. There will, of course, be several people who own autonomous vehicles. Hainsworth stated that personalization and customization of vehicles will be common, much in the same way it is with cell phone users today.

Discussions and an afternoon of fun

As part of a workshop organized by Hainsworth, he requested all attendees to form small groups and discuss the impact of technological advancements within the automotive industry. As each group animatedly entered into an exchange of their opinions and ideas, Hainsworth went around to each table and joined in to understand where the industry was headed.

Lunch was spiced up with networking conversations around the room, after which most attendees dispersed to participate in a friendly round of golf. Before the beginning of the game, Cochrane announced opportunities to win several prizes. The bright, sunny day made for a pleasant experience for the nine teams that took to the golf course. 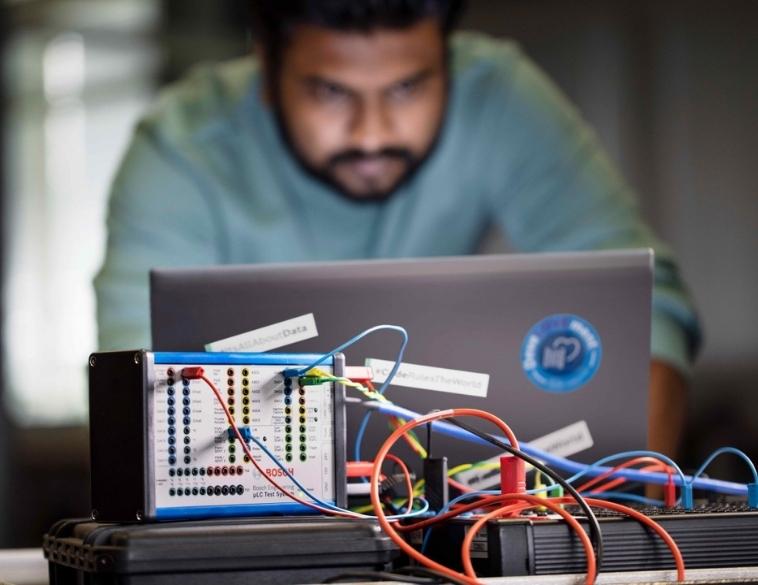 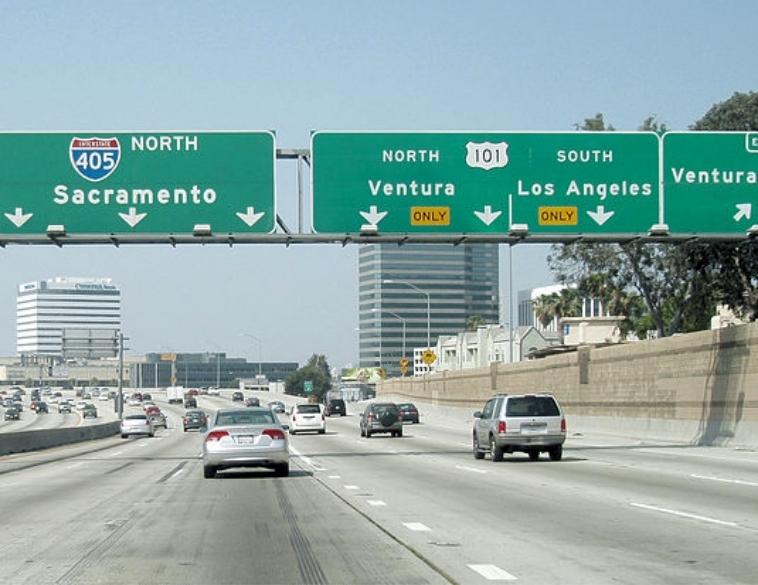