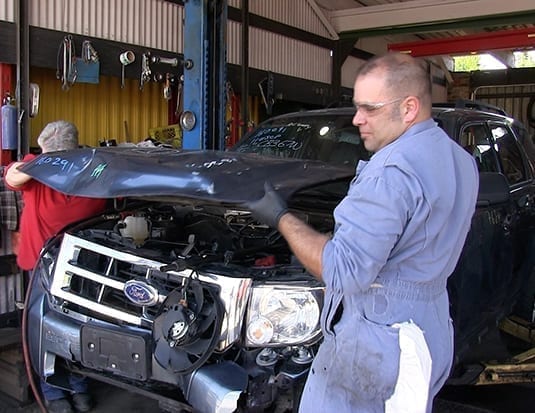 It’s time to give back to those in need.

Let’s face it—we are all busy. There never seems to be enough time to get everything done. The fact is, during my career I never really gave much thought to my social obligations. Sure, I gave to charities and hospitals, but it was never planned. Truth be told, it was a grudge purchase… ‘cause they asked. We never had a policy of giving on a regular basis.

Those of you who have been following this column know that I transitioned into broadcasting after finishing my time in the shop. I gave the shop to the employees free of charge. I felt they were loyal to me over the years and deserved the opportunity. So, in effect I became the dreaded landlord rather than the dreaded boss.

The funny thing is, what I had envisioned as a partnership between the two lead hands never happened. In fact, the shop foreman took the lead. Several years later he’s still running a successful business. I guess that act was as charitable as it gets. But I digress.

Through my radio show I met Ellen Campbell, who runs a charity called “Abuse Hurts”. I must admit, Ellen opened my eyes to how ugly abuse is in its many forms. And it doesn’t just affect women and children, as is commonly believed. It affects men also, and most importantly, the elderly.

The Abuse Hurts website sums up the charity’s mandate in these words: “Abuse Hurts continues to raise awareness about the true cost of neglect and abuse and supports over 130 organizations nationally, including children’s services, victims services, shelters and other agencies that deal with over 200,000 children, women and men whose lives have been affected by abuse.”

Since abuse was never part of my life, I must admit that I was ignorant of this problem. Some of the stories she tells would melt your heart.

So why all this preamble? Well, you can help this organization while helping yourself. Part of Abuse Hurts funding comes from donated unloved vehicles. In other words, they’re asking for your discarded cars. The charity then deals these units to the local auto wrecker, while at the same time issuing a tax receipt to your company, which you can use as a write-off. It’s a win-win-win.

Like I said before, we’re all very busy and we all struggle to get through our daily to-do lists. So why not take advantage of a program like this to help those in need, while at the same time getting a tax benefit and clearing your lot of vehicles you know you’ll never make use of again?

Think of it as an opportunity to do some spring cleaning while helping others. In fact why not make it a company policy?