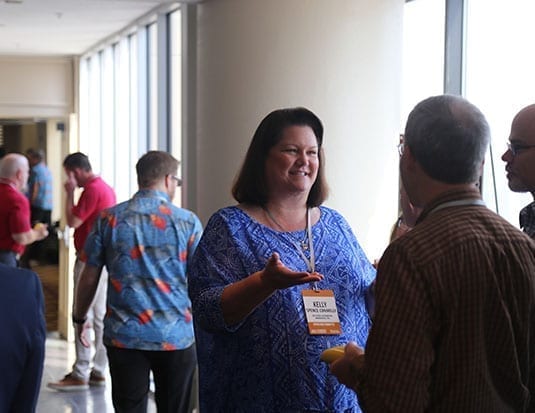 The Aftermarket Auto Parts Alliance (the Alliance) announced the conclusion of its 2019 Summer Shareholder Meeting which was then followed by a meeting held by the Information Technology committee.

The back-to-back events were held at the Sheraton New Orleans. After the conclusion of the shareholders’ meeting on June 5, the Information Technology committee stayed back in The Big Easy room for further meetings, presentations, collaboration with other committees, and decision making.

“This year’s Technology Strategy meeting is focused on delivering customer/centric solutions that support our shareholder’s business strategies, such as sales, marketing, product, etc.,” said Dale E. Hopkins, Vice President of Information Technology at the Alliance. “We work diligently to clearly define our strategy and then execute each component with a sense of urgency.”

Hundreds of channel partners along with Auto Value shareholders were present for the four-day annual Summer Shareholder event, attending committee and board meetings, panel discussions, shareholder workshops, and a channel partner mixer, among other things.

“Our summer gathering in New Orleans was an absolute success!” said Corey Bartlett, Chairman of the Alliance Board of Directors. “We welcomed new members, planned for our continued growth, and raised nearly $50K for the Auto Care Political Action Committee.”

The event officially opened with an Operations Committee meeting on the morning of June 2. The IT, Product, and Sales & Marketing Committees held open sessions which were followed by an attendee reception in the evening.

Team members of the Alliance and shareholders provided updates on several Alliance departments and programs on June 3. On June 4, channel partners participated in a general session while Latin American shareholders had a private meeting. Other shareholders had the opportunity to choose to attend two workshops from a host of offerings, including MyPlace4Parts, Technology Scorecard Metrics, Alliance Marketing Tools, and Targeted Sales, among others.

Tom Tucker of the Auto Care Association took to the stage on the afternoon of June 4 to encourage participants to host hometown summits and also to support the Auto Care Political Action Committee. A Mardi Gras mixer for both channel partners and shareholders put a relaxing end to the day. A short general session brought the Summer Shareholders meeting to a close on the morning of June 5. A channel partner advisory council meeting was held to apprise attendees regarding the Alliance’s next meeting scheduled to take place in Miami in December.