Wakefield Canada Praises the Raptors for Their Drive to Succeed 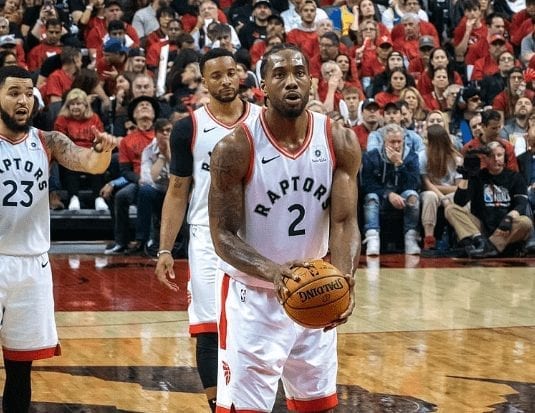 Castrol (Wakefield Canada), in a release by the company, has praised the Toronto Raptors for their strength under pressure and drive to succeed.

The company is not only a partner of the Toronto Raptors but also the official Oil and Lubricant of MLSE. The company is thrilled with the success of the Raptors and commends the manner in which the team’s diverse fan base has provided it with the support needed to win.

Wakefield Canada has enjoyed a long-standing relationship with MLSE over the years. Castrol has been the Official Oil and Lubricant of the Toronto Maple Leafs and Toronto Marlies since 2013. The company also entered into a multi-year partnership with Raptors in 2018, further strengthening its ties with MLSE.

“The Raptors’ desire for success and strength under intense pressure mirror the same high-performance attributes that are synonymous with Castrol Edge Synthetic and the full suite of premium lubricants we distribute,” said John Grant, Vice-President Marketing, Wakefield Canada. “We are proud partners with the Raptors and are incredibly inspired by this playoff run.”

The Castrol brand is showcased on digital courtside and basket stanchion signage, as well as in monthly social media features of the team. Wakefield Canada hosts customers by treating them to exclusive experiences that are reserved for Official Partners. The company, in its statement, says that it is proud of the way in which the Raptors have united people across the country during this run. It firmly stands by the team’s efforts to bring in the Larry O’Brien Championship Trophy to Canada for the first time.

Wakefield Canada has already made preparations for the final games of the series. Raptors gear now fills its office and pick-up games are taking place in the company parking lot.