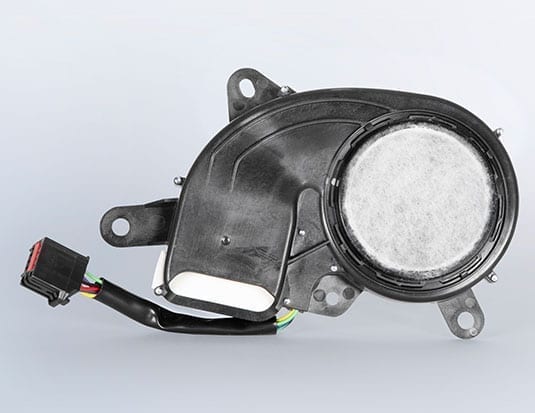 The product is designed to restore original equipment performance to provide increased comfort for driver and front passenger seats. The fan was previously an OE dealer only part. Continental has engineered the new VDO Seat Cooling Fans as exact replacements for the original equipment. For easier installation, they contain the same electrical connections and mounting points.

“Seat cooling fans were once exclusive to luxury vehicles but are now found on both leather and cloth seats in both luxury and non-luxury vehicles. Seat cooling fan failures are becoming more prevalent due to dust, debris, and spills, so having the exact replacement part for the original equipment means that technicians can be assured in the fit, form, and function of VDO Seat Cooling Fans,” says Christina Bergstrom, Product Manager – Interior Division, Continental.

Several applications for VDO Seat Cooling Fans are available for popular Ford models such as the Fusion, Mustang, and Lincoln Continental, from 2013-2017.

To help train technicians on the correct installation procedure of a new VDO Seat Cooling Fan, Continental has also brought out an instructional video which serves as a valuable tool for service providers. Besides giving an overview of the installation procedure for the benefit of technicians, the video highlights valuable safety tips, and shows a step-by-step installation. For better guidance, the video places special focus on pointing out the potential installation pitfalls to avoid, including the importance of not bench-testing new units with a 12-volt power supply which may lead to part failure.

The video takes special care to point out potential installation pitfalls to avoid, such as the importance of not bench-testing new units with a 12-volt power supply, as this may lead to part failure.