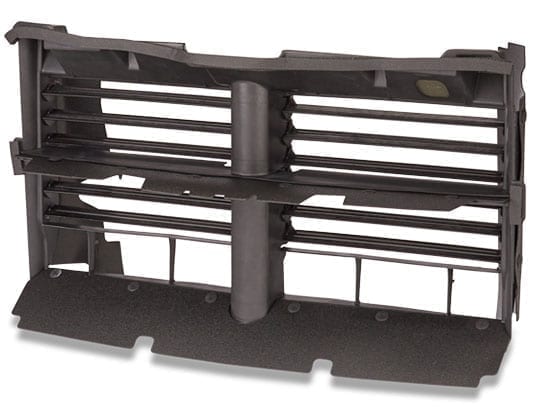 Spectra Premium has recently released a new cooling product line with the launch of 15 Active Grille Shutters (AGS) part numbers for close to 12 million vehicles currently on the road.

The release is part of the company’s second-quarter product release that includes 105 new products. Placed between the front grille and condenser, the AGS are plastic shutters designed to open or close to control the inbound airflow. This restriction of airflow enhances fuel efficiency by helping the engine warm up and reducing drag at high-speed. Vehicles like Dodge Dart and light trucks such as Ram 1500 and Ford F150 have this technology in place for a few years now.

“The addition of the new AGS product line complements our prominent presence in the market for cooling system products, particularly in terms of collision repair parts,” explains Eric Renaud, Corporate Director, Aftermarket, Spectra Premium. “The greater trend in the automotive market is toward innovations that improve energy efficiency, and it’s important for us that our product offering matches these technological advances.”

For popular domestic and imported models, like the CU13584, Spectra Premium has also introduced six new late-model radiators for the cooling system, covering more than a million 18-16 Toyota RAV4 currently on the road in North America. Additionally, the company has released its third multifunction air intake sensor (MA389) offering coverage for over 9 million domestic vehicles in operation in North America, including the 16-12 Buick Enclave, 16-13 Cadillac Escalade, among others. Combined with the previously introduced MA394 and MA321 part numbers, they present the first true aftermarket solution for that technology, according to Spectra Premium.