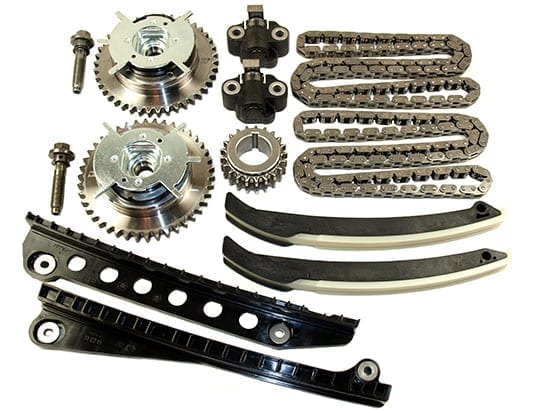 Cloyes Gear and Products has recently announced the release of its timing chain kits with variable valve timing (VVT) actuators.

Released in North America, the kits are intended to provide technicians with a complete repair solution. The new VVT kits are engineered for the replacement of worn or damaged timing chains, tensioners, sprockets, guides, and VVT actuators, also known as cam phasers. This will help in conveniently replacing all major components in a timing chain job.

“VVT actuators are naturally part of the timing system and it only makes sense for Cloyes to offer high-quality, aftermarket VVT system components that work with our current timing system product offerings,” Says Jason Thompson, Vice President of Engineering and Product Development for Cloyes. “Our expertise in modern timing systems, combined with our manufacturing and quality standards, resulted in Cloyes developing VVT actuators that work as good as or better than OE units and will withstand abuse in the most demanding applications.”

According to Cloyes, it has developed a uniquely designed actuator that is superior to the OE product for 3V Ford 4.6-litre and 5.4-litre applications. The units have shown 20 percent less frictional drag and produced 10 percent more torque at the same oil pressure, when tested against the OE actuator. Cloyes says that used OE actuators may hemorrhage oil to and from rotor chambers through worn rotor vanes that drag/seal along the stator ID. The company seeks to eliminate the wear and drag of the OE and other aftermarket designed units with the Cloyes actuators. The actuators, therefore, have been designed to use tightly toleranced, long duration rotor vanes that do not contact the stator.

“Repair is timely and can take close to 12 labour hours to complete on the 3V 5.4L Ford F-150,” says Cody Smith, Technical Support Manager for Cloyes. “With our complete kit, as well as our continued focus on training and technical support, we are providing our customers with a solution to reduce comebacks and reduce the chance of having to do the time-consuming job a second time.”