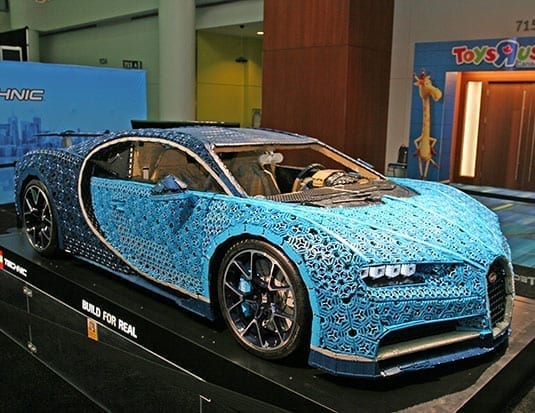 While the Toronto event was a great success, some are wondering about the future of the auto show in general.

Since its inception in 1974, the Canadian International AutoShow (CIAS) has endeavoured to bring the latest and greatest vehicles and technologies the automotive industry has to offer to Canadian consumers and car enthusiasts.

From concepts to classics

The show has grown over the years to its present size, and with over 650,000 sq ft of exhibits, displays and attractions, the CIAS is the largest consumer show in the country. On display this year were over 1,000 vehicles including concepts, exotics and classics.

Again this year, the Auto Show carried on the tradition of premiering the next series of concepts. Since the “Motorama Shows” of the 1950s, concepts have drawn in the crowds. According to Kalvin Reid, Media Relations Consultant for the Show, “Every major auto manufacturer had almost every vehicle in their lineup on display at the show, including concepts.”

Concepts play an important role in the entire automotive process. Manufacturers use concepts to gauge public reaction to their designs, innovations and features as they head to the drawing board to create new models, or refine designs for existing ones. So, although a concept vehicle, by definition, is really a dream in the making, it gives designers and builders an idea of the direction they need to take when planning for the future.

One of the headliners of this year’s extravaganza was the LEGO Bugatti, a concept hyper car built entirely with LEGO bricks, plus it actually runs! Built with more than one million LEGO TECHNIC pieces and powered by motors from the LEGO Power Function platform, the model is a fully-equipped replica of the Bugatti Chiron, including rear spoiler, speedometer, front and back-lights, detachable steering wheel and a brake pedal.

Weighing in at 1,500 kilograms, the LEGO Chiron took more than 13,000 hours to design and build. According to those involved, not a drop of glue was used in the construction. This fully functional “vehicle” was a big hit with both kids and their parents.

This year, Dave’s Corner Garage carried on the proud tradition of conducting our signature Town Hall event at the CIAS. What better place to talk about all things automotive than at one of the biggest auto shows in North America?

That said, auto shows in general are having a hard time competing with newcomers. New players, such as the Consumer Electronics Show (CES), owned and produced by the Consumer Technology Association, have cherry picked a lot of the products available for introduction. Competition from CES, which takes place in January, is so intense that it has caused major changes to the North American International Auto Show (NAIAS), which traditionally took place in January,

Lack of new products, the cold Detroit winters, and a facility that has seen better days, all led to NAIAS organizers rethinking their offering. They have, in fact, bitten the bullet, moving the show to June in 2020.

Auto shows in Canada have not fared much better. Let’s face it, it costs manufacturers millions to present at these events, and new thinking has led some of them to boycott shows in Calgary and Edmonton.

At the same time, Toronto and Montreal are booming. This year’s show again improved attendance. Over 50,000 visitors attended on Family Day alone. Believe me, those are big numbers, especially in today’s competitive climate!