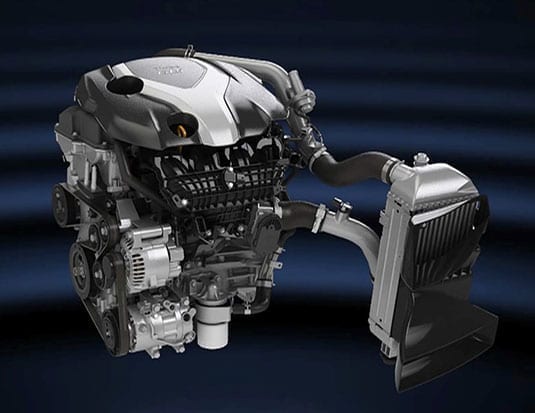 It’s frustrating and maybe a bit ironic that along with many automotive innovations comes a new set of problems. For jobbers and service repair technicians, staying on top of new technical developments means finding solutions to these issues in a timely way.

Direct fuel injection (DFI), also known as gasoline direct injection (GDI), is one such innovation that’s also causing its own set of concerns.

While it’s true that GDI has proved a worthy technology at improving Corporate Average Fuel Economy standards, the downside is that it is causing drivability issues and mechanical failures.

Firstly, higher cylinder temperatures and pressures released into the crankcase accelerate oil vaporization. Eventually this causes oil droplets to coat the intake valves. The location and angle of the fuel injectors in GDI systems mean that fresh fuel is not sprayed onto intake valves, so it doesn’t “clean” or cool them by preventing vapour build-up. As a result, this build-up can accumulate and bake onto intake valves in as little as 16,000 km (10,000 miles).

Secondly, it can also cause piston rings to become stuck into their lands due to carbonized oil sludge. If the engine uses low-tension rings, the sludge can prevent them from properly sealing the piston in the cylinder bore. It can also cause sludge, oil, and fuel deposits to bake onto the top of the piston.

Since inception, GDI engines have had known problems with coking—the build-up of cooked fuel deposits that foul injectors.

As the deposits accrue over time and mileage, the engine’s timing can be altered. Carbon builds up on the backside of the valve, interfering with ignition timing and the engine’s firing order. Eventually, this can cause the timing chain to stretch or even break.

The carbon also acts as an insulator, so the valves heat up and fail. Left too long, the carbon can fall off the valves and, if not flushed out of the exhaust, can make its way to the bottom end of the engine, causing wear on the moving parts.

In short, it’s a real problem and is further exacerbated by modern fuels with up to 10 or even 15 percent ethanol. The initial problem is indicated by poor performance and knocking but according to Rob Ingram at Eldon Ingram NAPA Auto Pro in Stratford, Ont., there are a surprising number of complete failures caused by this problem. Adding further issues are longer OEM oil change intervals and ultra-tight clearances in modern engines.

As a result, Ingram recommends a valve cleaning every 40,000 km (25,000 miles) for vehicles with GDI systems—especially those reported to be susceptible to problems. The tough part is that poor performance symptoms may be hard to diagnose and checking sensor codes and scan diagnostics may not point the way.

A Canadian employee-owned additive company, Kleen-Flo is recognized as being at the forefront of addressing GDI carbonization issues. According to Marketing Manager Matt Osborne, Kleen-Flo first introduced its solution in 2016 which is now widely available to jobbers and their repair shop customers (Kleen-Flo’s solution has also been joined by others, including that from CRC).

According to Rob Ingram, use of these systems is growing quickly. “We’re using them a lot more,” he says. Kleen-Flo Territory Manager Derek Morris, who supplies Ingram’s shop, says he’s not alone by any stretch. “We’re seeing an epidemic,” he reports. Morris says he has seen engine failure as early as 100,000 km (60,000 miles) in untreated vehicles and feels repair facilities must get on top of this issue, just as they were forced to adapt when conventional fuel injection displaced carburetor equipped vehicles.